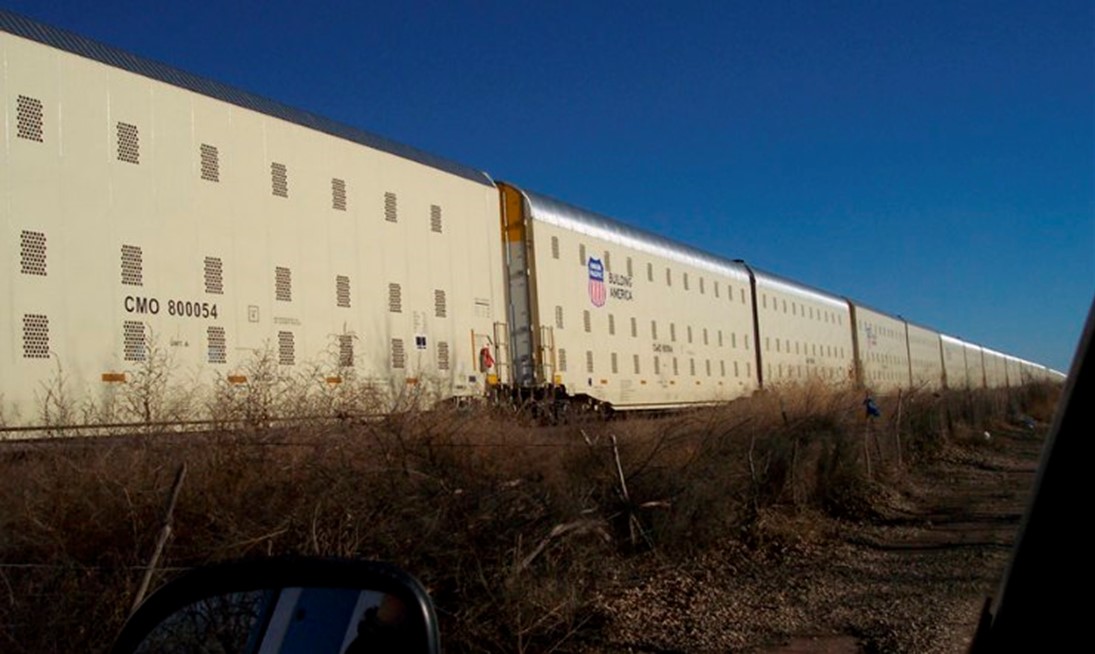 Brothers and sisters, what if you would be standing in front of a railway barrier in America with your car and you see this passing by. With the sight of it, you feel that this kind of transport definitely cannot be for cars nor animals, but for people!

No reassuring thoughts
Whoever sees something like this, must know that we live in the End Times! By seeing this very strange kind of transport, you cannot ignore it or you really have to be blind! They look like prisons of which the windows show a clear picture of this.

See: (Matthew 24:12) “And because iniquity shall abound, the love of many shall wax cold.”

Auto-Max
Camouflage
These FEMA wagons give a dramatic appearance. There is nothing positive about it. But to reassure the people somewhat it is said, that these trains are for transporting cars and not for transporting people. But who still believes that with seeing such wagons? It is a fearful future suspect.

With seeing these types of wagons you simply cannot think otherwise. The image of these FEMA trains gives a wrong signal and… as far as man is concerned; the end is near. In what kind of world do we live? Jesus: “This world is not Mine.”

The humans – prisoners of Satan

If you see things like this, then you have to come to some insight and repentance, you would say. But no, most people are seeing blind and hearing deaf. If there are still some who come to an understanding, then there can hardly be a conversion. But whoever repents his heart out of fear comes to living faith! 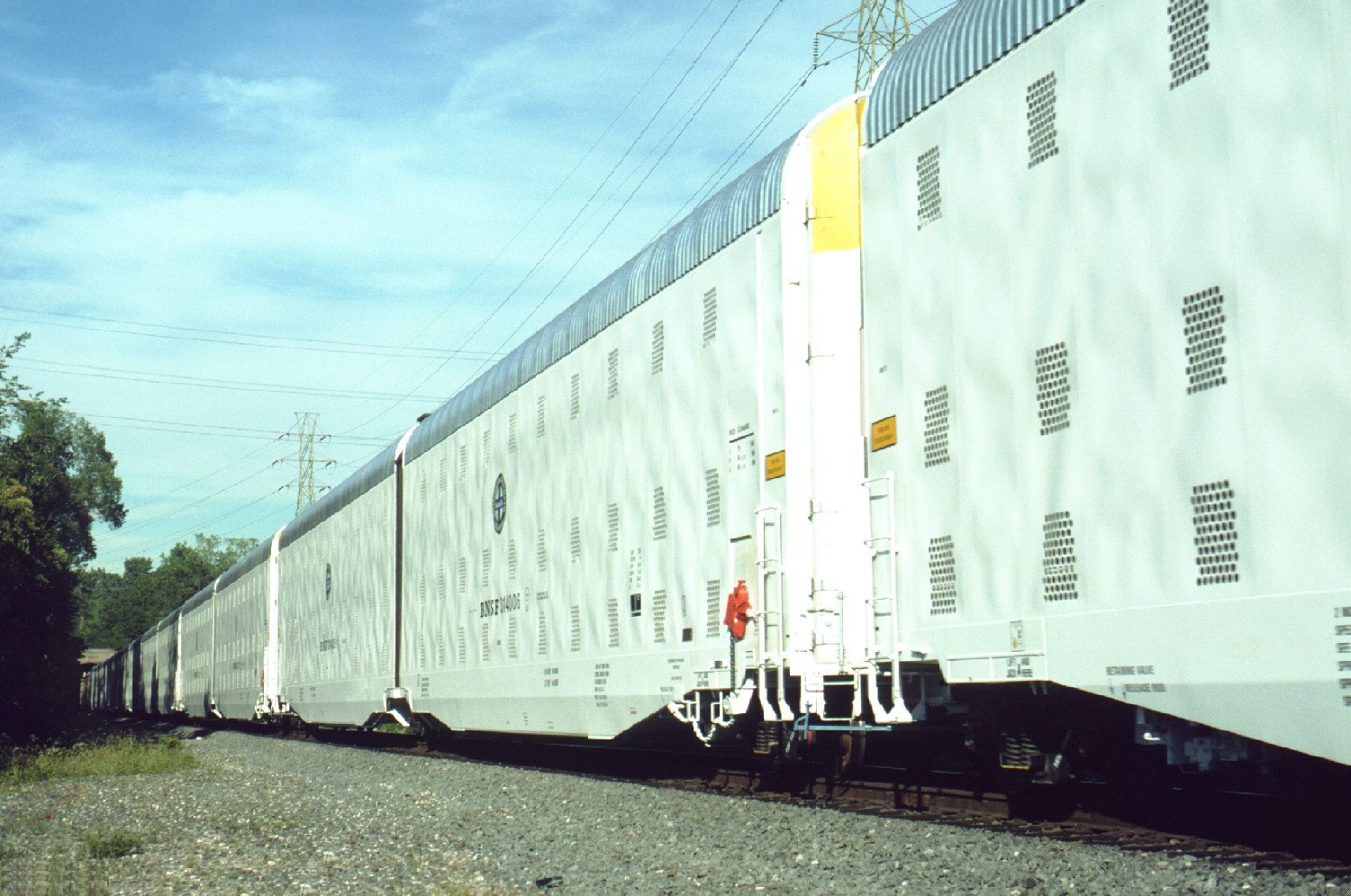 FEMA trains totaling 102,000 have been parked everywhere in America since 2008
.

From 2008, these trains will be parked everywhere in America until they start moving in 2019. There are 102,000 of these wagons, each with three floors. Approximately 300 people can take a seat on each floor for transport. Total ±900 per wagon.

The acronym of FEMA is: Federal Emergency Management Agency (FEMA) 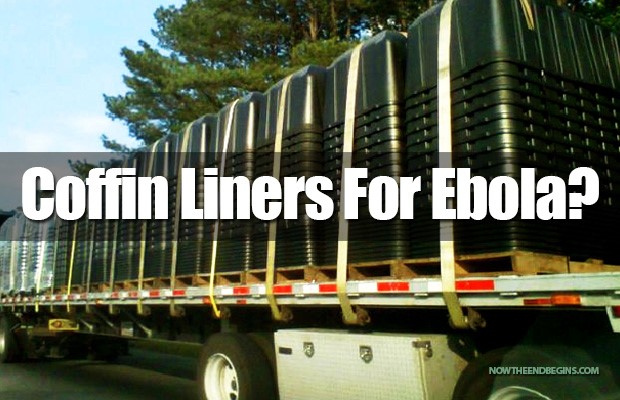 Initially, the world is made to believe that all these precautionary measures must be for the outbreak of Ebola virus, a very deadly virus!

In the whole of America approximately 5 million FEMA plastic coffins are stored in various locations across the country in anticipation of a biological disaster that is unlikely to occur. These plastic coffins are intended for the remaining Christians! These are Christians who have stayed behind with the Rapture. The foolish virgins.
(Rev.12:17-18) “And the dragon was wroth with the woman, and went to make war with the remnant of her seed, which keep the commandments of God, and have the testimony of Jesus Christ. And I stood upon the sand of the sea.”
___
“And I stood upon the sand of the sea.”  The meaning of this indicates a huge amount, in total about two billion people! Only 200 million of these will go for the second death.
Jesus: “He that overcometh shall not be hurt of the second death.”  (Rev.2:11b)

See: “Take one billion” (no one wants to stay behind!) 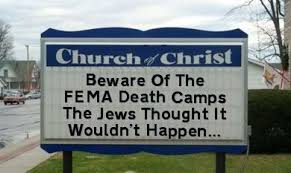 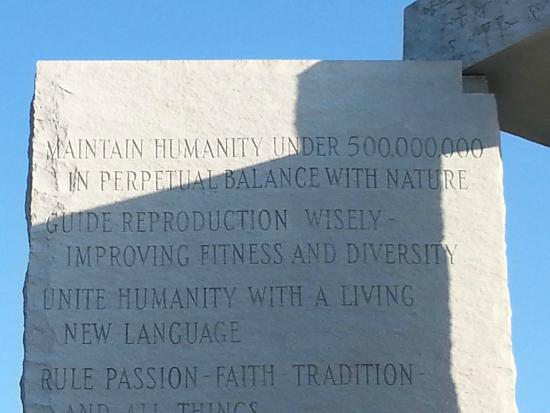 – The mysterious coffins of FEMA.–
.
Destruction furnaces
Everywhere in America, these plastic coffins are stored. In 2005 alone 5,000,000!

These are unimaginable large coffins and about 8 corpses can be put inside. The full FEMA coffins can be hermetically sealed and processed in their entirety in a Gigantic Crematorium (Destruction Ovens). During those days the remaining Christians will be hunted and captured for this purpose. Then there will be no longer any place to take shelter.

The second death
If you decide for the Sign/Logo (666) then you will keep your earthly life until June 2021, because after that death is for sure! (The first death)
See: (Rev.6:15-16) “And said to the mountains and rocks, Fall on us, and hide us from the face of him that sitteth on the throne, and from the wrath of the Lamb.”
But many will go for the second death! (Rev.2:10-11) “Fear none of those things which thou shalt suffer: behold, the devil shall cast some of you into prison, that ye may be tried; and ye shall have tribulation ten days: be thou faithful unto death, and I will give thee a crown of life. [11] He that hath an ear, let him hear what the Spirit saith unto the churches; He that overcometh shall not be hurt of the second death.”

See also: (Revelation 20:4) The secret of the Kings

Spiritual faith strengthened
Brothers and sisters, if you have read and processed all of this, then you already possess a large amount of knowledge (1st Fire Knowledge) about what will soon be happening during Armageddon. It is pure horror!
Many will start talking very differently when reading all these End Times reports and you will also look at life differently. If you are serious, you will become more serious and your testimonies will increase your strength and security! The way many Christians have heard me speak, so you will also start talking, because I bring fire with this Guillotine sermon! Many Christians become scared to death, but their spiritual faith shall be strengthened and that is my goal! Because many (97%) will stay behind.

See: “Rapture one billion” (Nobody wants to stay behind!)

The 144,000 already use the same way of speaking and all the Sons of God also speak in this way. It is sometimes extremely hard, but it cannot be any different and certainly not in this End Time. The earth is not a place of peace and quiet, it is a battlefield! And in this way they bring fire to the people and Christians! Many come to understand and flee to Jesus! 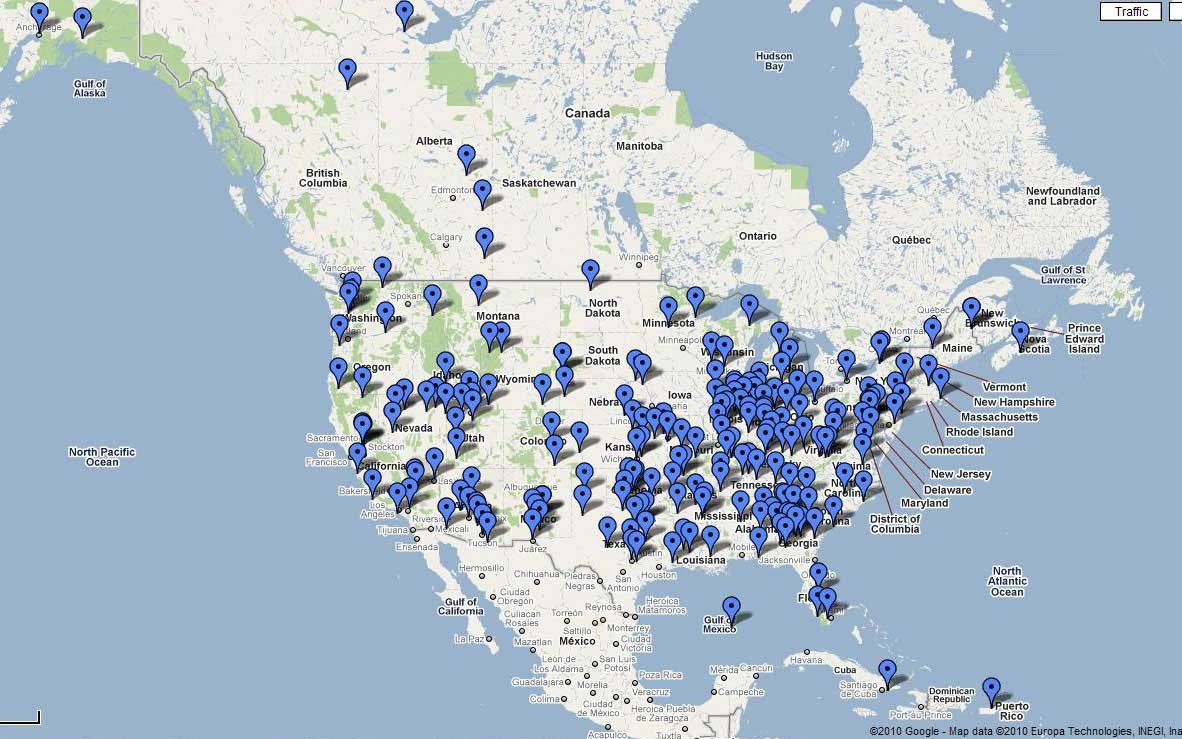 Total overview – FEMA Camps can be closer to your home than you think!

Armageddon
10,000-ds of these ultra-modern guillotines are stored all over the United States. According to countless messages on the internet and YouTube, this is about 300,000 of these modern devices that are distributed not only in the United States but also perhaps all over the world. Many think that it will soon be decided to drastically reduce the world’s population! Well… under the management of the Antichrist, that will not be so difficult.
The fourth horse (Rev.6:8) “And I looked, and behold a pale horse: and his name that sat on him was Death, and Hell followed with him. And power was given unto them over the fourth part of the earth, to kill with sword, and with hunger, and with death, and with the beasts of the earth.”
The sixth Trump (Rev.9:15) “And the four angels were loosed, which were prepared for an hour, and a day, and a month, and a year, for to slay the third part of men.”

First a fourth part and then a third part? Not that many people will remain. 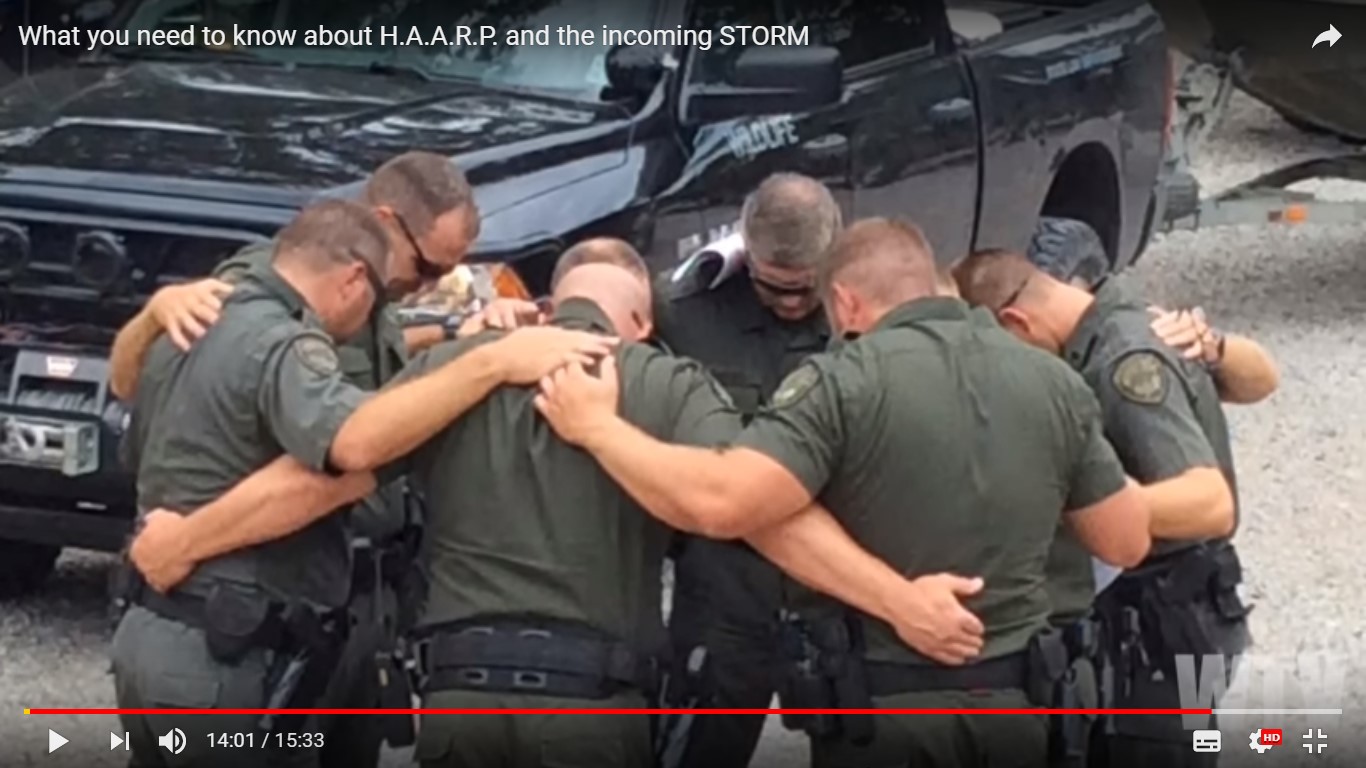 The military have already been trained in this and many to their own surprise! Because there will probably be Christians among them who already know what will happen in the future. The modern Guillotines are, according to many, to behead all opponents of the Antichrist! (These are the remaining Christians)
See also the FEMA trains with which the saints (the remaining Christians) will be transported! It is all prepared already and reserved for Armageddon.

The Martial Law is a state of emergency that comes into effect when the army, or in this case the Antichrist, takes over the execution of justice from the civil authorities. During the period, that martial law is in effect, other laws, in stead of the usual, are often applied . The army monitors compliance with this and legal prosecution shall often take place by the court martial.
The martial law can be promulgated in times of war or during occupation of an area, or in situations where there is no civil government. In the time of Armageddon, the curfew will also be set.

(Part of text from Wikipedia)

De NWO (New World Order) is an Illuminati/Satanic movement that even have installed Satanic altars to ruthlessly sacrifice the remaining Christians whom they have arrested according to the martial law. More horrors are awaiting for those who might survive the dangerous journey in the prisoner-box wagons to the prison camps. Many remaining Christians will be sent to the camps as dangerous criminals. This is what the FEMA camps are ultimately made for.

(Edited part of text) Source: A billion dollars’ worth of disposable coffins 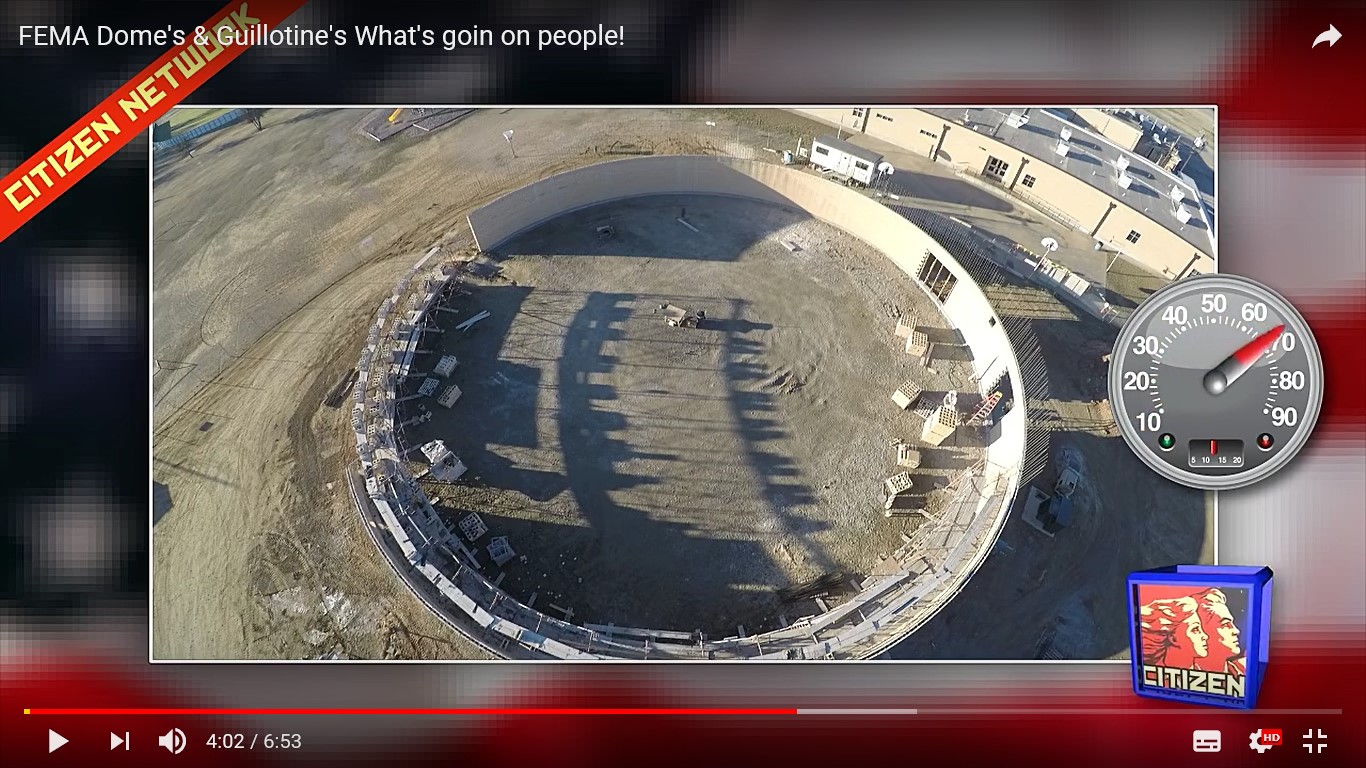 « FEMA Death Domes »
– Armageddon –
.
FEMA Dome’s
America has about 30,000 Guillotines ready for a future event!
It all still looks peaceful, but in these FEMA domes, the rest Christians will have to deal with a deadly weapon. The Guillotine! In itself, beheading is not that bad. But what precedes that is much worse! In the beginning, the stiff Christians are hardly convinced that they can continue their lives with the Sign/Logo (666). But that will soon change because they will be tortured to the limit! That also explains why so many people and rest Christians will go for the deadly Sign/Logo (666), because there is a pain threshold.

Strange domes in Texas in preparation for something that is yet to come. Everywhere in America these FEMA Dome’s are being built quickly. The pseudonym seems a kindly suggest, but the truth behind these domes is really awful and for the time being still hidden and shall only be revealed in the Valley of Armageddon.
___
The Guillotines will soon be established in these Dome’s.
FEMA Dome under construction. City of Brownsville (USA) – Video (1:24) 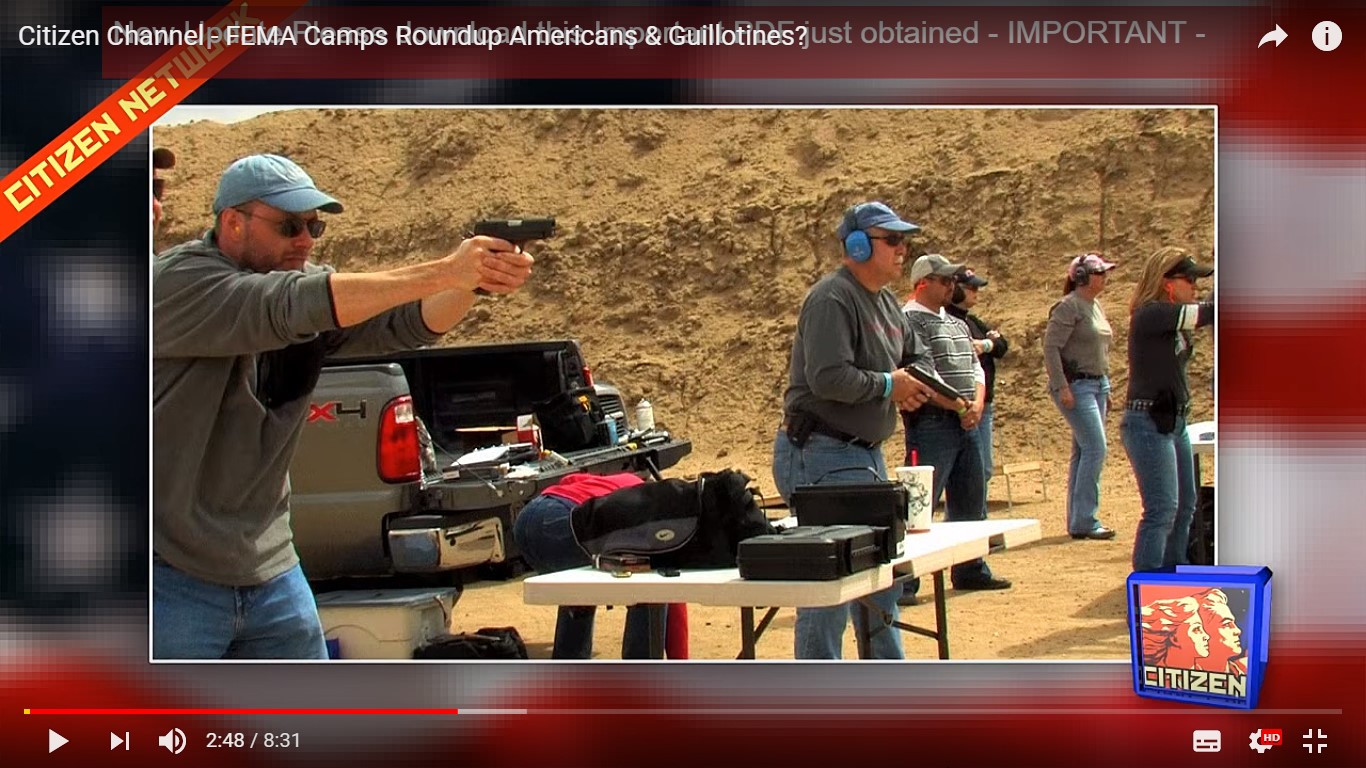 Many Americans already know what is coming and take it for the uncertain. They already prepare themselves with all kinds of weapons. Weapons are freely available in America everywhere. As soon as the false Prophet is shot dead, from that moment on everyone will be stand-by! Because with the Antichrist you have soon FEMA soldiers standing in front of your door. 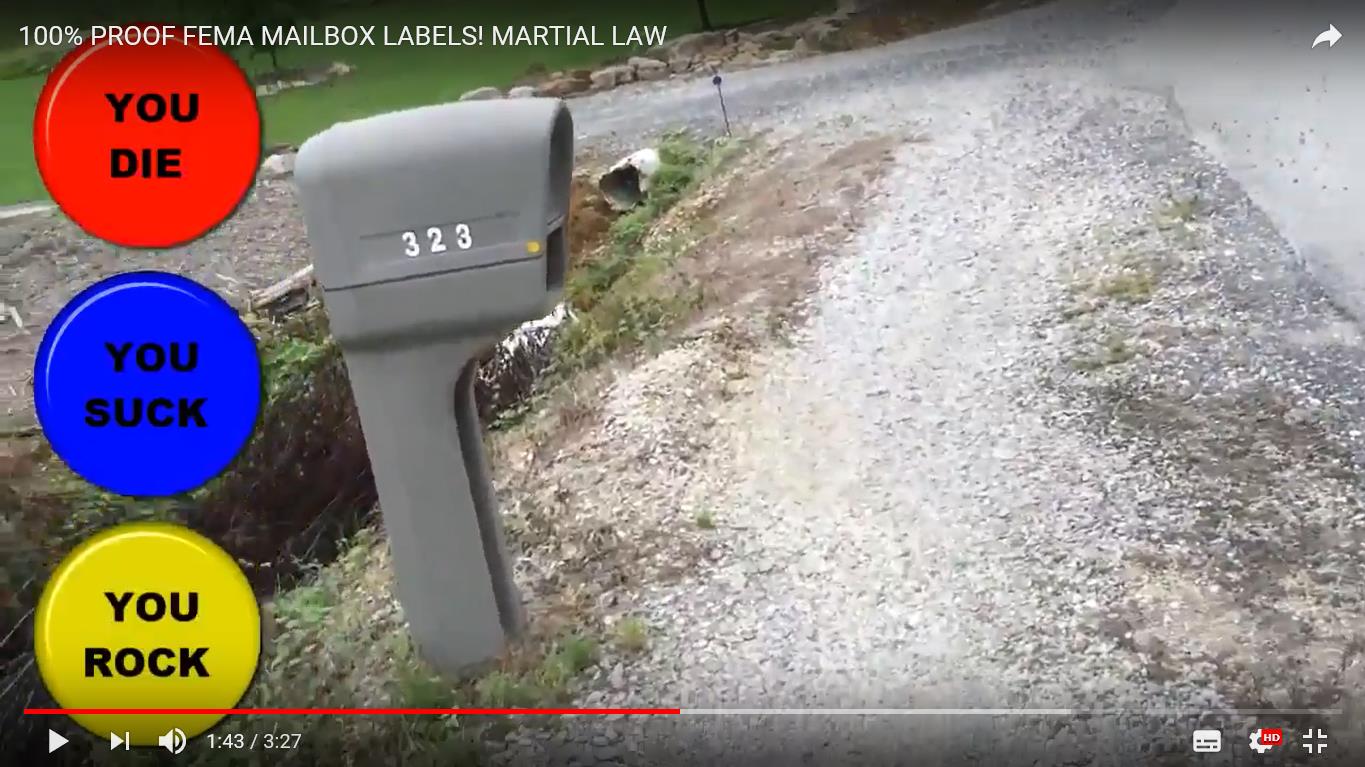 On the runway in Jacksonville Florida, 1000-ds of UN vehicles are parked. Soon we will know why, because the time is already up!

On the video of the FEMA Mailbox a Sheriff from the police is speaking from (3:18) to (5:13), giving some explanation about the intentions of the FEMA stickers on the mailboxes and then he says this:
“Obedient people serve the Antichrist Masters.”