There will be a Rapture twice, verily!
The Rapture is expected on March 27 and 30, 2024.
We are then already be in the Valley of Armageddon for 51 days.
Get ready!

The times have not yet been adjusted in many reports.
But unfortunately I do not have time for that anymore. Time is too short!
___
Brothers and sisters, the Great Revival will begin in Sept 2023!
After the Antichrist has risen on February 5, 2024, this website will be removed from the Internet.

The Name of Jesus may then no longer be found on the Internet!

End-Time vision
In the morning of Wednesday, July 3, 2019 at 5:30 AM, Jesus showed me an image with lines in it. But unlike normal, this time the Lord showed me to put Psalm 90:10 and the last Generation together in one image. For clarification, I had to add a short report. 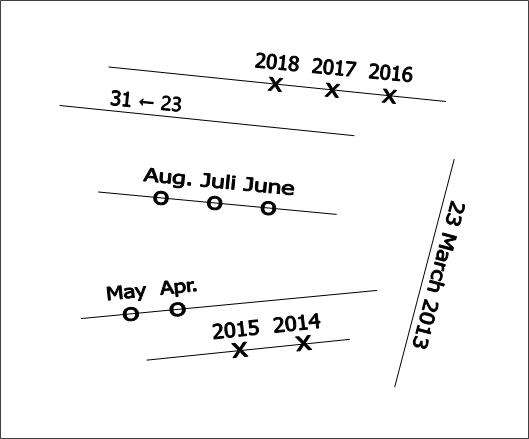 Never before have I received such a explicit detail from the Lord. Mostly I received visions that I had to decipher myself. The most difficult part was that of Aug 2018.
___

Israel – The Fig Tree Generation
Vision Aug 2018 – Beginning of the last Week of Daniel
(Psalms 90:10) “As for the days of our life, they contain seventy years, Or if due to strength, eighty years, Yet their pride is but labor and sorrow; For soon it is gone and we fly away.”
(Matthew 24:32) “Now learn the parable from the fig tree: when its branch has already become tender and puts forth its leaves, you know that summer is near…”  – Israel is this fig tree!
(Countdown) The counting began on May 14, 1948 with the emergence of the State of Israel for the Jews and ends on March 27, 2024.

Armageddon begins on the very moment when the false Prophet is killed on Feb 2, 2024.

Jesus, showed me in a vision an image of a chip with two circles in it intertwined with the number 59 underneath. Immediately I saw that this would be the false Prophet and the Antichrist who, separately, will live in one and the same body. They are two different characters.
The false Prophet from his birth on Feb 5, 1962 to Feb 2, 2024 and the Antichrist from Feb 5, 2024 to Sept 5, 2025.

The mystery of the Chip 59

In this vision I clearly saw Five Chips with the same image. The five Chips in the vision indicate the five months (150 Days) that the false Prophet will rule all over the world.

Revelation false Prophet
The moment the false Prophet will make himself known on Sept 5, 2023, many people, among which Christians, will become confused, because this man is truly unimaginable!
The Lord said about this false Prophet: “Such a person has never existed.”
Jesus: “The Beast will rise with acclamations from the world, for he will bring peace and prosperity as no one has ever experienced before.”
Source: [PDF] Mary K.Baxter (Chapter 22) 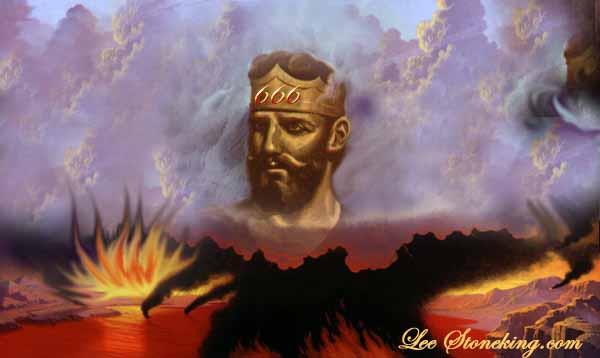 The false Prophet and the Antichrist

The 1st, 2nd and 3rd Beast
(Rev 13:11-14) “Then I saw another beast coming up out of the earth; and he had two horns like a lamb and he spoke as a dragon. – (This is the EU – The 3rd Beast)
[12] He [Is the Antichrist] exercises all the authority of the first beast [Is the false Prophet, the 1st Beast] in his presence. And he makes the earth and those who dwell in it to worship the first beast, [Is now the Antichrist] whose fatal wound was healed.”  – (The 1st Beast was the false Prophet, and the 2nd Beast is the Antichrist.)

[13] He performs great signs, so that he even makes fire come down out of heaven to the earth in the presence of men. [14] And he deceives those who dwell on the earth because of the signs which it was given him [Is the Antichrist] to perform in the presence of the beast [This is the EU – The 3rd Beast], telling those who dwell on the earth to make an image to the beast who had the wound of the sword and has come to life.”  – (This is the Antichrist)

Coming Antichrist explained by an Angel of God
(Rev 17:7-8) “And the angel said to me, “Why do you wonder? I will tell you the mystery of the woman and of the beast that carries her, which has the seven heads and the ten horns.”
[8] “The beast that you saw was, and is not, and is about to come up out of the abyss and go to destruction. And those who dwell on the earth, whose name has not been written in the book of life from the foundation of the world, will wonder when they see the beast, that he was and is not and will come.”

The meaning of this is; that this is the body that from the beginning is first inhabited by the false Prophet and after his death, three days later, with a “Walk-in”, will be taken over by Satan (Lucifer), the Beast.

Jesus: “Tell My children that they must be ready and alert, for I will come soon. Sooner than people expect!”
This means that there are Christians who know how to recognize the time of the year and even the month!
.
Jesus:
“Those who are awake and pray when I come will know when I will come!”
Pastor Sori Park (South Korea)

The Rapture must take place before Pentecost (March 31, 2024), because there will be a big feast in Heaven. In many visions and Prophecies, the Lord has already indicated that He will return before the summer. (The Rapture is expected before March 31, 2024)

See: Overview last Week of Daniel in months and years
.
===*===
All texts are from the James King and the New American Standard Bible (NASB)