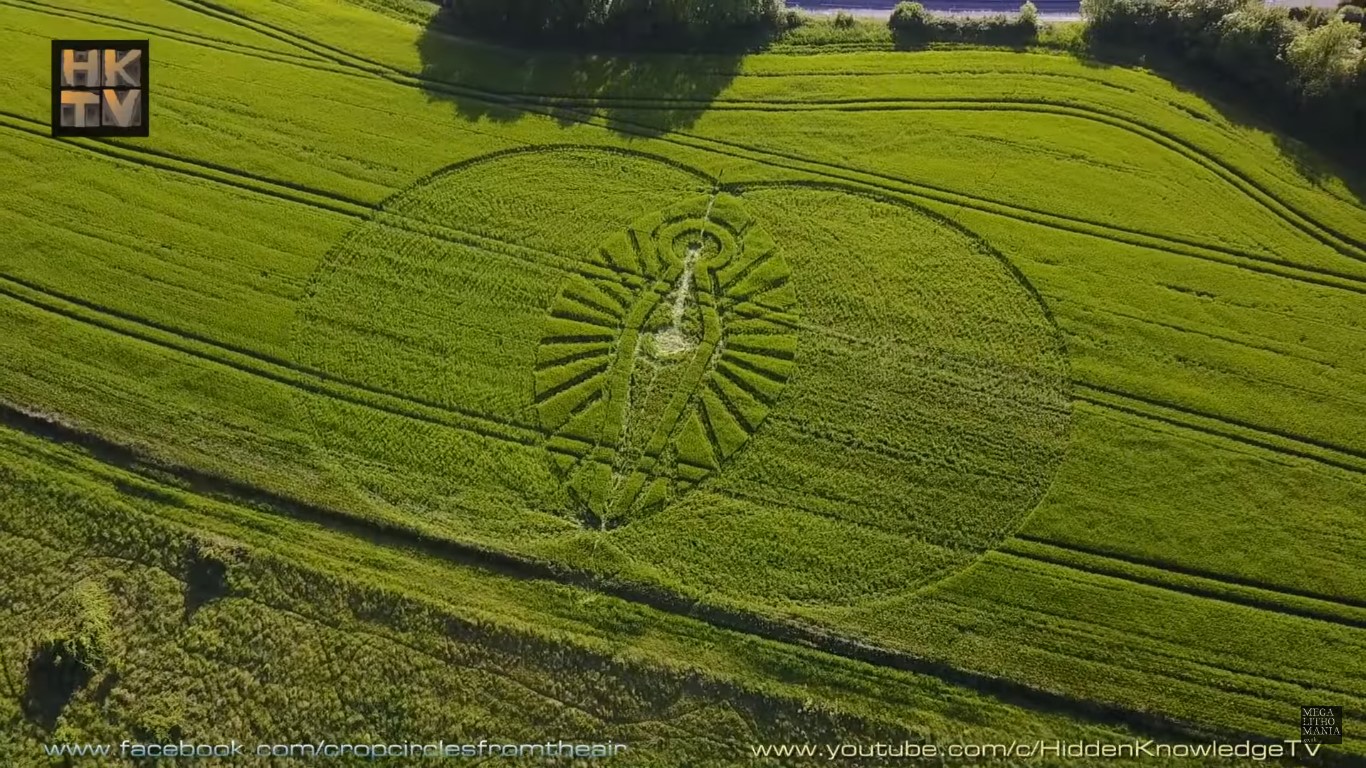 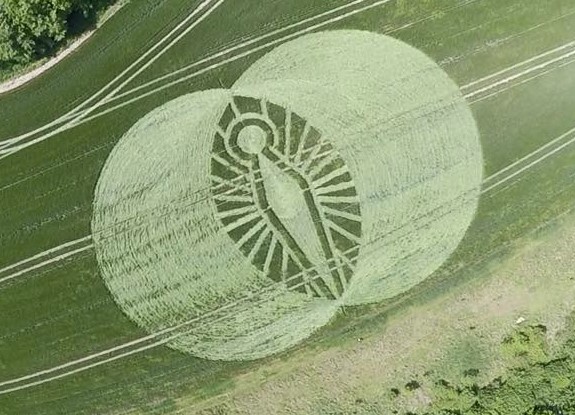 The mystery 23rd of September 2017 hidden in a crop circle
.
Revelation false Prophet is expected in Sept 2022
At the time the false Prophet unveils, the last great Revival also breaks out.

A Chip with the number 59
Brothers and sisters, on Friday night 15-09-2017/ 22:10 hour, I found on Google a crop circle that corresponds to the second vision I received from the Lord.
If I would not have received this vision of the Chip 59 as I did on Dec 15th, 2015, I would not have been able to describe the image that is in the crop circle. At first sight, the image seems to be of Jesus, but actually represents the two characters of the false Prophet and the Antichrist.
___
(Rev 13:14) “And deceiveth them that dwell on the earth by the means of those miracles which he had power to do in the sight of the beast; saying to them that dwell on the earth, that they should make an image to the beast, which had the wound by a sword, and did live.”

This is the false Prophet/Antichrist. Two characters in one body.

These are two circles that overlap each other with a figure in the middle
These two circles represent two characters in one body. The crop circle shows a picture that first the false Prophet and then the Antichrist will live in that body.
On Google “Images” and “YouTube” many photos and videos of this crop circle are shown. If you enlarge the figure, then you can see a circle in the middle of the figure that has to represent a sun. This sun radiates a total of 23 rays to both directions.
___
If you look at the picture, you’ll see 12 stripes or rays very clearly on the left and the right of the figure, which have to do with the 12 stars above the head of the woman on 23rd of September 2017.
These 12 rays (stars) could represent the 12 commandments of God. On one hand, the false Prophet follows the 12 commandments of God because he pursues peace and on the other hand, the Antichrist is attacking the 12 commandments of God to drive people into pure despair.

In total these are 23 stripes that could represent the 23 days of September 23rd, 2017. Coincidence?

See some examples in Google “Images”.
Vesica Piscis Crop Circle: Cerne Giant, Dorset – Reported 22nd May
See in the pictures a circle in the middle of the figure that should represent a sun.
(See enlargement)
See also in “Images”: Vesica Piscis Crop Circle
See the many other types of images of two circles intertwined.
It all looks very mysterious. These are mysteries that can hardly be seen by humankind. Almost always it contains important information that could concern man and earth. It has only been possible in some occasions to translate and explain the mystery of it.

The crop circles resemble a mathematical formula. It also appears so unusually interesting that it’s really impossible for people to imitate such a big image, so symmetrically, in such a short time.

Two-circle Chip 59
Jesus, in a vision showed me a picture of a two-circle Chip interwoven with each other with the number 59 below. Immediately I saw that this was the false Prophet and the Antichrist who would live in one and the same body. They are two different characters.
The false Prophet is the one who will live the longest in this body. Total 59 years, 11 months and 25 days. That is seen from February 5, 1962 to Feb 2, 2022.
(February 5th, 1962 is the birth date of the false Prophet/Antichrist) 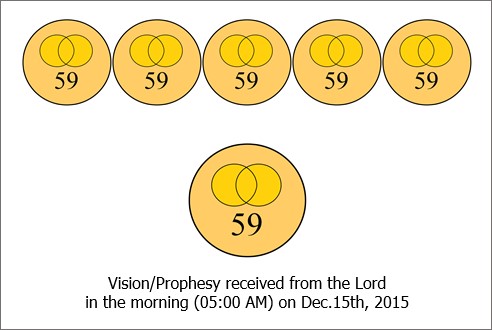 The five Chips represent the five months from march 23 to Aug 23, 2018. That means that the last week of the year has started from that date. But the five months actually indicate the time each horse will get up.
After the 1st rider, a different horse gets up every 5 months.
See details of this vision:

The Coming of the False Prophet – (Dutch)

Because the false Prophet was not yet known in November 2015, I wrote in the report of “The Four Horsemen of the End Time” that the false Prophet would certainly be revealed in Dec. 2015, and based on this I received this vision of the five Chips with the No.59 on it.
The prophecy of Nathan took place on September 27th, 2015. He said; that it would take a few months before the Messiah (the false Prophet) would reveal himself.* By seeing this video, I thought that it was about Nathan’s time here. But its explanation appears to be completely different! 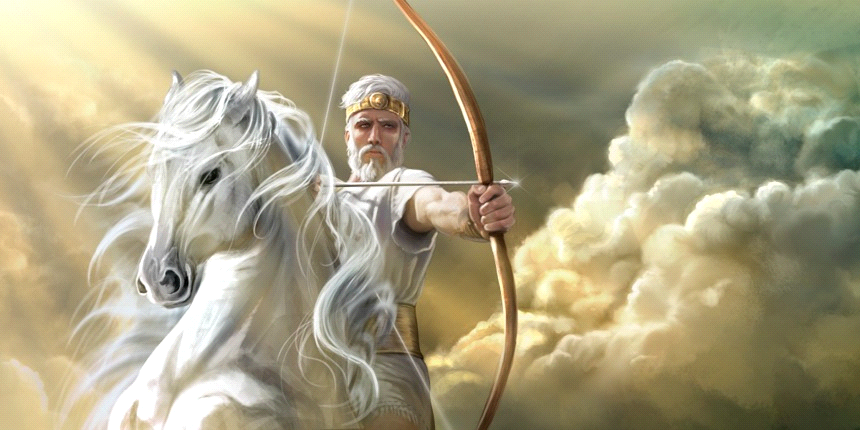 Revelation False Prophet
.
At the time that the false Prophet will reveal himself in the month Nog 2021, many people and name Christians will become confused because this man is truly unimaginable! The world has never known anyone alike yet.
Jesus: “The Beast will rise among the world’s cheers, for he will bring peace and prosperity that no one has ever experienced anything like that.”
Source: [PDF] “Mary K. Baxter” (Chapter 22) (Dutch)

The Lord wants to keep the false Prophet’s time as short as possible. This has to do with the fact that the whole world will go behind this world leader. Jesus: “If I do not return before time, then the World, and even My people, will think that it is Me.”

From the very first day he will attract all the attention of the whole world in a very extreme way. Whatever this false Prophet will bring will exceed everyone’s imagination. All Jews in Israel and beyond will be out of joy! Because in this false Prophet they see the long-awaited Messiah. He is about to reveal himself at any moment. 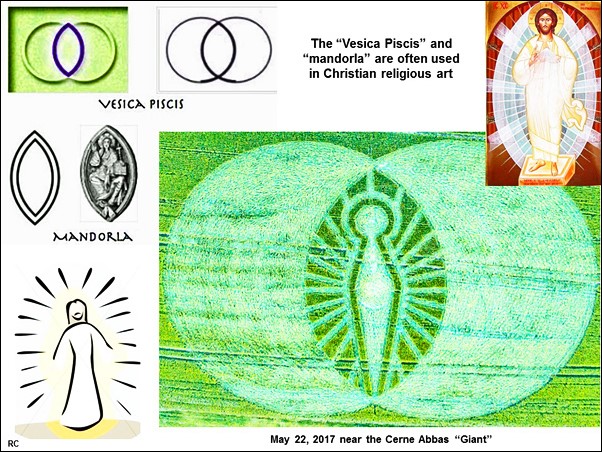 Like Jesus, the false Prophet also radiates a kind of aura

This image resembles the Vesica Piscis, a pointed oval figure that originates from the intersection of two circles. If this image would represent Jesus, the rays would be the light (energy field) or an aura that emanates from Jesus.

The whole world is being misled by the happening in the skies of Sep 23rd, 2017

If we now look at the three visions which clearly concern the End time, from Dec 2021 could be the year of a new period of time. A time that for instance may be of influence on the weather that could be very pleasant for the next 1000 years. For example; in the whole world no winter nor extreme heat anymore but an average temperature of ±28 degrees Celsius and every day sun and rain in necessary time.

Jesus: “The last three days before the Rapture you will not know whether it’s day or night.”
Evangelist Choo Thomas (Feb 9, 2012)

The Lord says that time is already up. “This is the end of the age, this is it. You are living in the most serious time ever in the history of this earth.”

(Feb 2, 2018) The end of the End Time
Jesus: “Those who are awake and pray when I come will know when I will come!”
Pastor Sori Park (South Korea)
(Amos 3:7) “Surely the Lord Yahweh does not do anything, or reveals His counsel to His servants, the Prophets.”
===*===
All texts are from the New American Standard Bible (NASB)