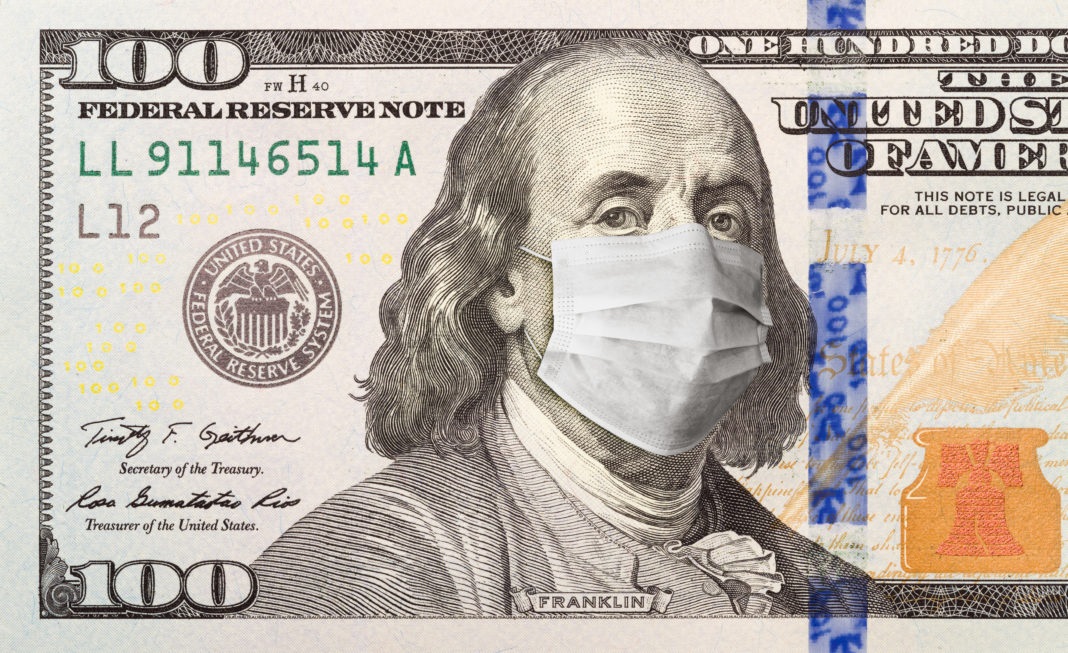 The End Time
Brothers and sisters, the Lord specifically pointed me to this report!
After reading it, this was the first thing I said: “Lord, this vision can hardly be understood by Christians, let alone ordinary people.”
The Lord has given all this to her in the 2nd and 3rd degree of knowledge. She also says that she has put this vision on the Internet in obedience. But whether Sara Ayin would have understood this vision herself is very doubtful, because she has hardly explained it. 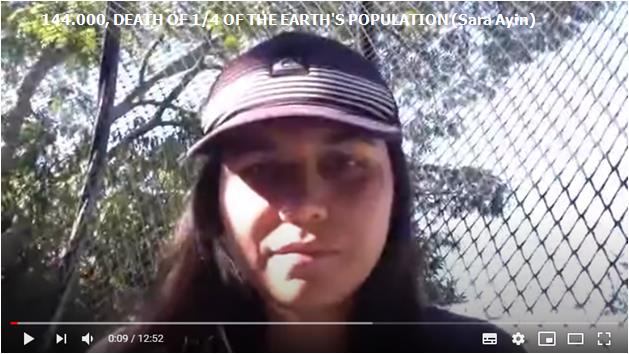 “Today is the day of My transformed. The day I wash them clean. The day I reveal to them who they are and what is hindering them. My hidden ones, My 144,000, My special selected Elite army: They are few compared to the population of the world, but they will wreak havoc on the Beastly Kingdom.* They won’t allow it to come so easily. They will have an upper hand and will spiritually enter into the enemy’s camp for battle. Who said you can’t do something? If I am in your camp, you can do all things.”

My order now is to start praying against every plot deal that the enemy [with Fake News] will reveal to you in the media. All their schemes are designed to find out who you are. (The Digital World and… the Biochip!) Well, the world is about to find out who you are, and it won’t like it! It [The world] will end your connection with Me and will spit upon your calling. But I have not called you to please the world, but to please Me!

You are my soldiers, and from today, you will no longer be tangled in worldly, irrelevant matters. It will not move you any longer. Your moves will be cold and calculated, to spoil the goods of the enemy’s camp. The goods are souls, captive souls, billions of them, trapped, unable to move. So, you must move them! If I say to you to move a mountain, you must do it!

The 144,000 will bring judgment upon the world, the plagues reversed! This is why I told you to pray for the firstborn. This [Corona] virus is nothing compared to what I am about to send upon the world. [The Sting virus!] But it can only cling to all those who do not repent. So I say unto you now, Repent of your murders! Of your coveting! Of your idolatry! Of your lies and hypocrisy and deceit! You know that as I speak to you, the enemy tries to disqualify you, giving you wicked thoughts, passing you through people. Fear Not! Because he [Satan] cannot disqualify you and he is angry!

None of the prayers of My 144,000 will return void. They are all stored in a memorial for them, through all ages! There is nothing hidden from My Elite army, the 144,000 [the chosen ones]. They already have the ability to see through people’s intentions. Well, now this is about to increase! With this gift, I warn you: A lot of pain ensues! Because you will see and know when people are lying to you and being deceptive. I give you the gift so you can clearly see your enemies and pray for them. Never give up your calling. The beast will target the hidden ones [144,000], but because you are at least one step ahead, you will slip through his fingers!

(War) Corona- Sting virus
Jesus: “No one expects the war that is coming!”  – (This war is the Sting virus)
(The following concerns the Coronavirus)
After all, we are all together in this crisis, right? No! You are Not together in this crisis. You are separated from your family and all those you love. As we speak, governments are preparing to strike. They want maximum damage, not for themselves, but for you. They have their man-made safe havens, Not ordained by Me! I tell you, these will be their coffins on the day of the Lord!
___

(See: Safe havens) This is not so easy to see. This is about the Preppers! These, for example, are people who want to survive Armageddon. They live in Bunkers and underground in Containers. They have built a bunker for themselves. These bunkers (coffins) will be their cemeteries.

The Sting virus
Jesus: “The coming war will be devastating!” So it is imperative that you come to Me now, because you may run out of time when [The Sting virus] breaks out and you are overcome with fear.”  – The Lord is clearly talking about the Sting virus here!
—
“With the war, great natural disasters are decreed to befall the earth. These judgments are part of My mercy. They will remove one-fourth* of the world’s population, most of them My people, so they won’t see the beast. So be ready to meet your Maker at a moment’s time.”
So much for this Prophecy.
___
*) They will kill one-fourth of the world’s population. This concerns Armageddon, but the Sting virus will take place even before the false Prophet rises on Aug 14, 2021!
The Fourth Seal: “Death”

(Rev.6:7-8) “And when he had opened the fourth seal, I heard the voice of the fourth beast say, Come and see. [8] And I looked, and behold a pale horse: and his name that sat on him was Death, and Hell followed with him. And power was given unto them over the fourth part of the earth, to kill with sword, and with hunger, and with death, and with the beasts of the earth.”

See the correct order:
Corona- and the Sting virus: “(…) These judgments are part of My grace. (…) Most of them are My people, so that they will not see the Beast.”
___

This is no longer visible at all. With the Corona- and the Sting virus, the Lord removes many weak and elderly people in advance. It is only a small group so that they will not see the Beast (false Prophet). 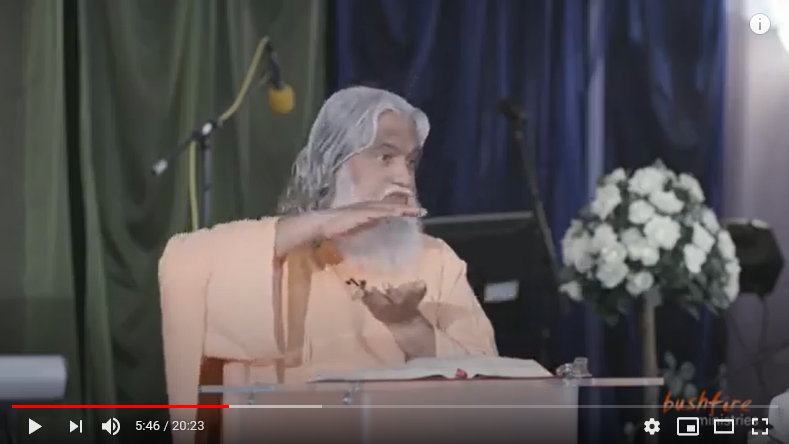 Selvaraj explains how the age of the elderly is shortened

See: Age of the elderly shortened!
GET READY FOR RAPTURE Revealed by Prophet Sadhu Sundar selvaraj
Best: Short version – YouTube (20:15)
___
Bushfire Ministries, Sheffield, England Oct 15, 2019 – Full Video – (2:43:19)
___
In the End Times the lives of many elderly worldwide will be shortened!
This has already started for everyone and even more for those who are ±50 years and older.

Brothers and sisters, see the video first before the following could be misunderstood, because we are already at the end of the first 3,5 years of the Last Week of Daniel!

See and hear(!) the way in which God the Father wants to protect the elderly and the weak from this terrible no.666.! Because… whoever chooses the Burn Mark 666 anyway, is trapped in Hell for billions of years, because you do not know when Satan will be able to reason.
Jesus: “One day Satan (Lucifer) will come to understanding and repentance and then everything will be as before.”
___
But… how many billions of years could that take? That is why the Lord first let the Coronavirus pandemic come over the world, which will be followed by the Sting virus!
The Lord wants to protect the elderly.
Jesus: “These judgments are part of My grace.”
Know well, the Lord does not let anyone live longer than is strictly necessary.

So much for this hard truth. Who can understand this, let him accept it.

Armageddon – Atomic Fire
(World War 3 – Meteorite Impact – World War 4 – Three Days of Total Darkness)
Jesus: “War decrees great natural disasters that will come upon the earth. They will kill one-fourth of the world’s population.”
Three days after total darkness comes the Great Earthquake and immediately after that a Tsunami from 200 to 300 meters high, or even higher!

So much for this Prophecy.

Prophecy explained
The correct order should be as follows:
It (The world) will sever your connection with Me and will spit on your calling.
“…spit on your calling.”  – This concerns the world, who will make war against the 144,000 and the Christians! But that is only possible when the Holy Spirit is gone.
___
See the correct explanation:

The Holy Spirit was only on earth for the Rebirth from the spirit (2nd degree) and will not return, not even in the 1000-year Kingdom of Peace. The highest level to be achieved will then be: The Return of the Prodigal Son. (1st degree of knowledge) The fire (the trial by Fire) from the Spirit will no longer exist.
See details: Way to spiritual Rebirth (1) – (Dutch)

In His anger and in His wrath, Yahweh(God) overthrew the cities of Zeboim, Adama, Sodom, and Gomorrah because of the wickedness of their inhabitants. Just like then, God the Father will have to take His measures again and will wage war against humans, first with the Coronavirus and then with the Sting virus. But now God the Father is tackling the whole world!

The following concerns the Coronavirus
Jesus: “After all, we are all together in this crisis, right? No! You are not together in this crisis. You are separated from family and all those you love. At the moment, governments are preparing to strike. They want maximum damage, not for themselves, but for you.”
___
The End Times – The law of false peace is merciless.
We do not have much to decide on ourselves anymore. The government decides how we should live!

They want maximum damage. That is the Government that wants to limit the behavior -free will- of the Population during the Coronavirus. See, for example, the length of the Lockdown, the Curfew and the very heavy fines for violating the 1.5 meter distance.

The mystery of the 144,000
Jesus: “There is nothing hidden from My 144,000 [the elect]. They already have the ability to see through people’s intentions. Well, this is going to increase now!
With this gift I want to warn you that you will suffer!* Because you will see and know when people lie and cheat on you.” How this last ‘lying and deceiving’ should be understood is beyond me. But that will certainly not be the Christians.
___
*) The Christians will gather around the 144,000 to protect them, but in the end they themselves will all (!) be killed. This event makes the elect very sad. This is what the Lord means: The 144,000 will suffer! (It will bring them a lot of pain)
.
The 144,000 are untouchable, but the Christians do not know that. The 144,000 can go without food and drink for 3.5 years during the time of Armageddon. The weather, heat and cold, does not affect them either. They all remain in full health until the 1000-year kingdom of peace begins. This Elite army of the Lord will not pass away until they are exactly 100 years old. All the people in the 1000-year kingdom of peace will not become older than 100 years. This age will always be reached.
.
Then there is something very special: All people will have an appearance of about 34 years. They will keep that look until they are 100 years old! Many elderly people today have a weathered face and can look really old. That will no longer be the case in the 1000-year Kingdom of Peace. All(!) will continue to look like a 34 year old despite their actual age.
.
===*===
Text: New American Standard Bible (NASB) and the King James Bible

The Earth – The Beastly Kingdom