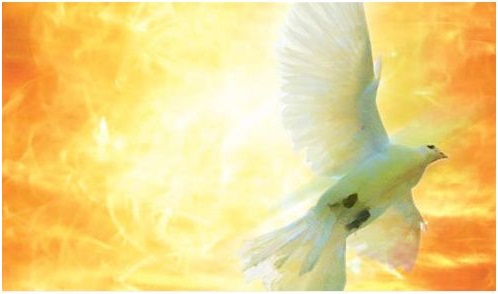 The moment the Holy Spirit is taken up

.
– The Holy Spirit is no more –
The last 90 days before the Rapture

Three months before the Rapture
Jesus: “The majority of My children go through the great tribulation!”

After the revelation of the Antichrist, we have exactly three months (90 days) to go before the Rapture will take place in April 2022. The Holy Spirit will have been taken up and the Christians can no longer speak in tongues from that moment on. As a result, great uncertainty and confusion will arise among them.

Now Satan (Luicifer) still lives in the heavenly realms, but when he takes over the body of the false Prophet with a “Walk In”, from that moment he lives on the earth. The Christians will understand that God the Father does not want HIS dearest – the Holy Spirit – to be on earth with this devil.

Satan and the last Benjamin
Now, when the time comes for the false Prophet to be killed, Satan, the Dragon, will try for the last time to unbalance and devour a Son of God at birth. That will take place in the second week of Jan 2022.

See: (Rev 12:4b) “And the dragon stood before the woman who was about to give birth, so that when she gave birth he might devour her child.”

These three months indicate that the Great Revival is already over and that Armageddon has been going on for 90 days and… the Rapture has not yet taken place.

(2x 72) No sun for 144 hours
Just before Easter, in April 2022, the world will experience a colorful light show (Auroras) for three days (72 hours). These are the three days of Jonah that Jesus spoke of and after that the world will be startled by another 3 days (72 hours) of total darkness! A Rapture will take place twice within these 3 days.
___
See Calendar!

The 1st Rapture is expected on 13 or 14 April and the 2nd Rapture, three days later, on 16 April 2022.
End Time almost over – Jesus: “Those who are awake and praying when I come will know when I will come!”

The last two Sons of God

The second to last Son of God will be Born again in July/Aug 2021, from the fire. Almost immediately, within 24 hours, the great Revival will begin. In times of War and during the world’s greatest Revival ever, no Sons of God can be born.

The last Trial by Fire
After the Great Revival, five months later in Jan 2022, the last Son of God the Father, the last Benjamin, will be Born again of the spirit. This final Trial by Fire will take place in the three days that the body of the false Prophet is dead. At the end of these three days the Antichrist will rise up in that same body and Armageddon has begun.
___
False peace – Armageddon
False Prophet’s Reign: From July/Aug 2021 to Jan 2022. (Rapture April 2022) 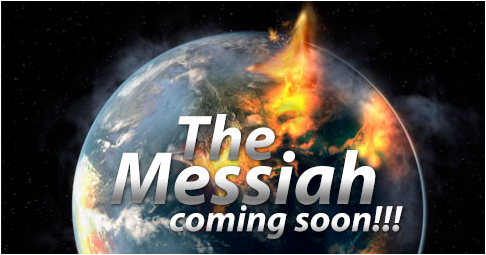 World in tribulation
(Matthew 24:12) “Because lawlessness is increased, most people’s love will grow cold.”
(2 Thess 2:7-8a) “For the mystery of lawlessness is already at work; only he who now restrains will do so until he is taken out of the way. [8a] Then that lawless one will be revealed…”  – This part of the verse actually refers to the last five months, but it is not visible. Indeed, it is the false Prophet who now restrains.

The lawless one is not the false Prophet but the Antichrist.

The Third Temple: A 3D Introduction to Ezekiel’s Vision
See area around the fourth Temple of 1,6 x 1,6 km!

.
– The Third Temple –
.
No more time
Brothers and sisters, this is what I see: The Great Revival will begin in July/Aug 2021 to Jan 11, 2022. If Israel still wants to build the third Temple, then they soon must hurry up, because time is up!
But… just assume that the third Temple will not come. It takes at least one to 1,5 years for the Temple to be erected. If they would start building anyway, all the enemies of Israel would revolt, to stop that problem. It may even take more than a year before an agreement could be reached and that much time is no longer left.
See: The Invisible Third Temple in the End Time

(The Third Temple in the heart of the Christians)

Conclusion: Verse 2 Thess 2:7b “…only he who now restrains…”  refers to the false Prophet! Anyway, the moment the Antichrist will reveal himself, the Holy Spirit has been taken up from the earth just before and the speaking in tongues will no longer be possible.

The Holy Spirit is taken up from the Earth the moment the last Son of God the Father is going to be Born again of the spirit. We then have another 90 days to go before the Rapture will take place. 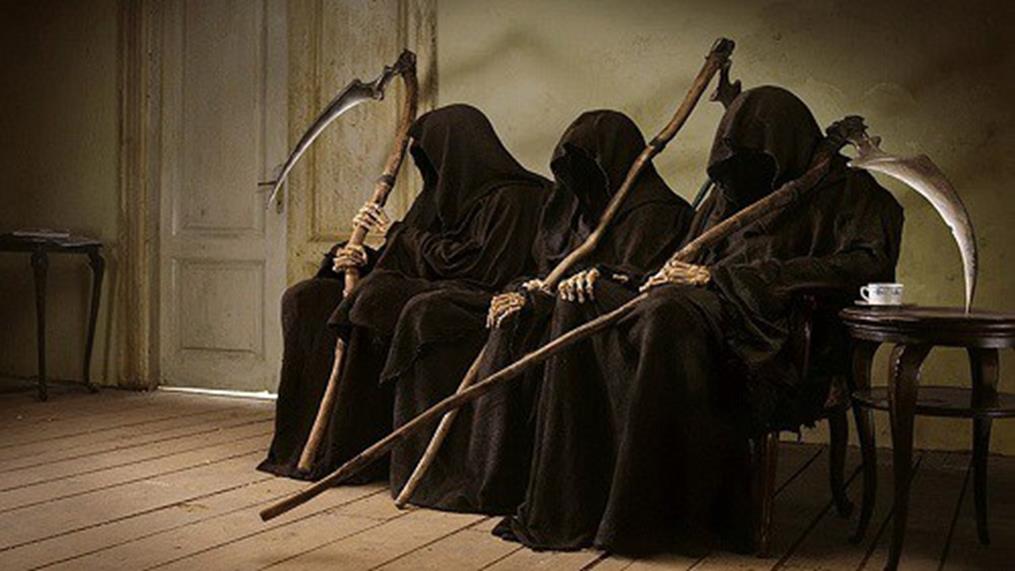 A little while more and the Holy Spirit will be gone

The false Prophet will rise up in the month of July/Aug 2021 and will be killed in Jan 2022. He will reign only for five months.

The last five months before Armageddon
There are, in the last five months of the End Time, two more Christians who have to be Born Again of the spirit. The first of the two will be born, the day before the Great Revival begins, and the last one, five months later, in the three-day time that the false Prophet is dead.
The Great Revival has not yet begun. Therefore, grab what you can grab now, but for many Christians it is too difficult to get hold of this level in the 2nd degree.
Paul: “…but I’m chasing on so I could grab it…”  – (Philippians 3:12b)
(Dutch Bible – NBG 1951 – PDF)
___
(Philippians 3:12b) “Not that I have already obtained it or have already become perfect, but I press on so that I may lay hold of that for which also I was laid hold of by Christ Jesus.”

(John 1:12) “But as many as received Him, to them He gave the right to become children of God…”  – But with a repentance and speaking in tongues alone, you have not yet been Born again from the Fire.

8) “The wind blows where it wishes and you hear the sound of it, but do not know where it comes from and where it is going; so is everyone who is born of the Spirit.”

Born of water, refers to water baptism. Of water and Spirit, there is a time in between and many do not get beyond a conversion. A person of the world has come to insight and repentance. This one has become a Christian. Water baptism confirms his conversion in the 1st degree of his insights. If he ends in the 1st degree, then with the transition he becomes an angel and thereby inherits the Kingdom of Heaven.

But… Born of the spirit, is something completely different. A Son of God is Born from the Fire! (The trial by Fire) This is an unimaginable height in the 2nd degree of his strength, because he is a violent man! Whoever can achieve this level is a Son of God. He is not an angel. 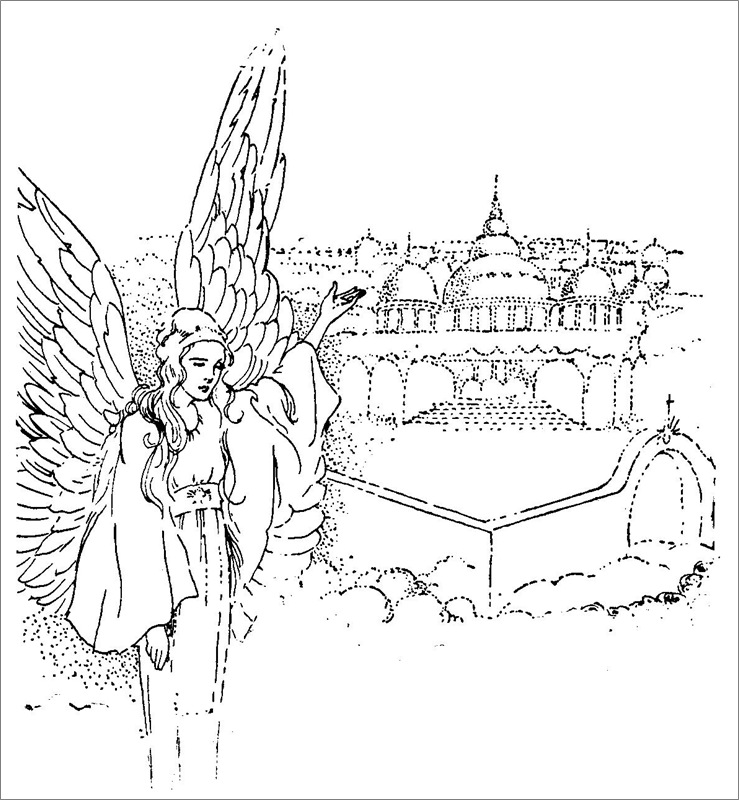 The Kingdom of Heaven

Source: Photos, Images, Pictures and Drawings
The moment the Holy Spirit is taken up
(Image) _https://lh6.googleusercontent.com/-ni4kWIKO48Q/TWjA9JuhOzI/AAAAAAAAAHg/gu_Qb1_AGFg/s1600/Heilige-Geest.JPG
Source: _http://ezekiel38rapture.blogspot.com/2012/07/geprolongeerd-ontvang-de-heilige-geest.html
The Antichrist
(Image) _ Source: _http://home.kpnplanet.nl/~henoch06@kpnplanet.nl/antichrist.htm
The last two Sons of God the Father – The last Son of God the Father (Jan 2022)
(John 3:8) The Sons of God go their own way
(Photo Source: _http://www.factretriever.com/native-american-facts
The earth on fire (Messiah is the false Prophet)
Source: _http://jewfacts.com/the-messiah-may-be-coming-sooner-than-you-think/
(666) The false Prophet with a Bow
Source: _http://trackingbibleprophecy.com/antichrist.php
Three times Grim Reaper –Waiting for Armageddon
Source: _http://countdowntozerotime.com/2014/10/08/at-last-a-use-for-those-famous-fema-coffins-cdc-suggests-hermetically-sealed-caskets-for-ebola-victims-aka-fema-coffins/
===*===