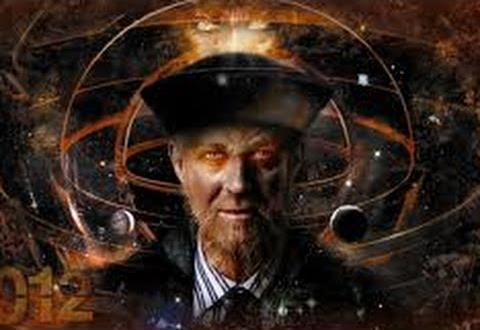 – The Mystery of the Mallona Planet –

Times have almost be adjusted
Rapture in April 2023!
.

The Rapture is expected by more and more Christians in the month of April of the year 2023! Experts who have also been intensively involved with the moment of the Rapture suspect that the Rapture should indeed take place in the year 2023. The visions, which I received from the Lord, indicate the same time.
See: August 2018 – (English)/ Fiche 59 – (Dutch)/ Vision Jesaja – (Dutch)
The last generation (May 14, 1948 to Feb 5, 2023)

Nostradamus, the greatest seer of all time, is called the sleeping prophet. He was always busy in the night making notes and what the people in the distant future would all experience. What struck him the most, were the events of Armageddon’s time!
Very often he was in turmoil and delirious with pure amazement, so that he often had to be soothed by his fellow residents. The truth came to him so realistically that he must have experienced moments that would have reached top madness.

Nostradamus, for example, has not described the fearsome images of the Zombies. He could easily have done that. But, because that situation would question his reports, he limited it and concluded it with the invention of the atomic bomb. He has stated in his report that the millennial kingdom of peace will be a time that has never happened before, so beautiful and peaceful.

Finally, Nostradamus described the end of planet Earth, which will explode like a Super-Nova. But that was already described in the Bible and also Jacob Lorber has dedicated a passage to it.
The planet Earth shall be destroyed simultaneously with the Moon in one blow and in the year 3797.
Nostradamus (1503-1564)
___
Explosion of the Earth will take place in the year 3797

The Earth and the moon will then no longer exist, just like the Mallona planet which was 2000x larger than the Earth. The Earth must explode, because it was of Lucifer/Satan.

The Earth may not, in the vast universe, become a place of remembrance.

End of the planet Earth
(2 Peter 3:10b-13) “…in which the heavens will pass away with a roar and the elements will be destroyed with intense heat, and the earth and its works will be burned up. [11] Since all these things are to be destroyed in this way, what sort of people ought you to be in holy conduct and godliness, [12] looking for and hastening the coming of the day of God, because of which the heavens will be destroyed by burning, and the elements will melt with intense heat! [13] But according to His promise we are looking for new heavens and a new earth, in which righteousness dwells.”

*) The elements: The earth and the moon.

Mallona or Maldek Planet
Explosion of the Mallona planet
The Asteroids Belt are pieces of stones and rocks in space and comes from the Mallona planet. This planet is actually the Maldek planet and was located between Mars and Jupiter. Now there is only grit; called asteroids.

What has happened in reality? The residents of the Mallona planet were quite spectacular. They had dug a deep hole and unleashed an unimaginably large (Nuclear?) Bomb. Result, the Mallona planet bursted completely from his seams.

The Asteroid Belt originates from the Mallona or Maldek planet and was 2000x larger than the Earth.