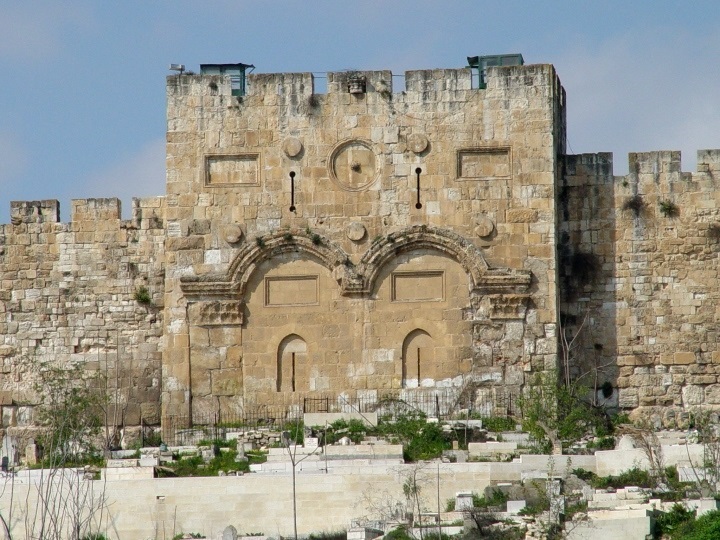 The Golden Gate as it can be seen today

Lamb of God on a donkey

This is the Gate of Jerusalem where Jesus was admitted triumphantly. Many Christians think that with the announcement of the Messiah (false Prophet) the gate will be opened again. But, that will happen first in the 1000-year millennial kingdom.

The command to close The Golden Gate, as foretold in Ezekiel 44:2, is seen by many as a prediction that the Eastern Gate will be bricked up and will only open again with the return of Jesus in the 1000-year reign of peace.

(Ezekiel 44:2) “The LORD said to me, “This gate shall be shut; it shall not be opened, and no one shall enter by it, for the LORD God of Israel has entered by it; therefore it shall be shut.”

The gate is only opened (Ezekiel 46:12) at the second coming of Jesus. He will return to the Mount of Olives (Zechariah 14:4) and enter Jerusalem through the Golden Gate.
(Ezekiel 46:12) “When the prince provides a freewill offering, a burnt offering, or peace offerings as a freewill offering to the LORD, the gate facing east shall be opened for him. And he shall provide his burnt offering and his peace offerings as he does on the sabbath day. Then he shall go out, and the gate shall be shut after he goes out.”
___

(Zechariah 14:4) “In that day His feet will stand on the Mount of Olives, which is in front of Jerusalem on the east; and the Mount of Olives will be split in its middle from east to west by a very large valley, so that half of the mountain will move toward the north and the other half toward the south.” 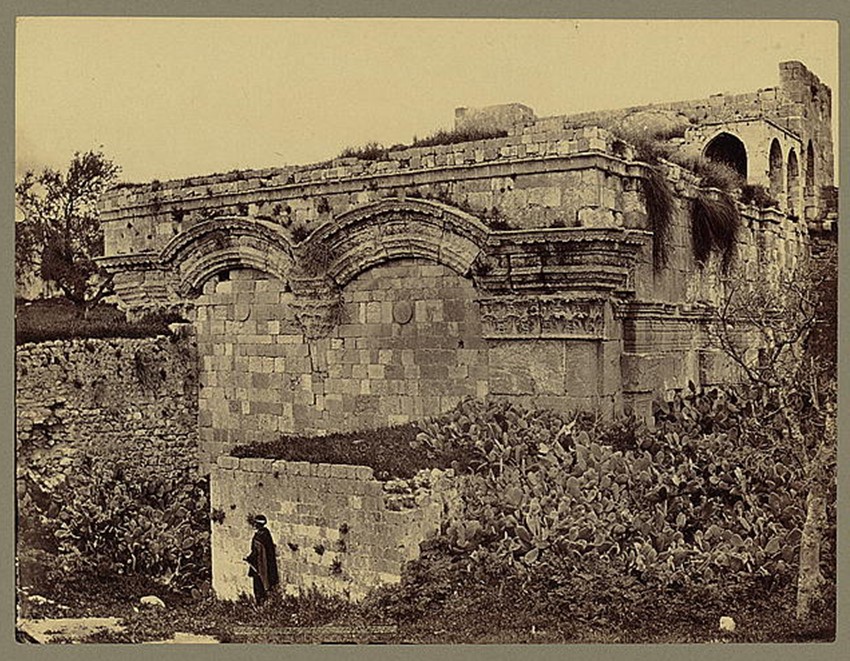 When will the Gate be opened again? 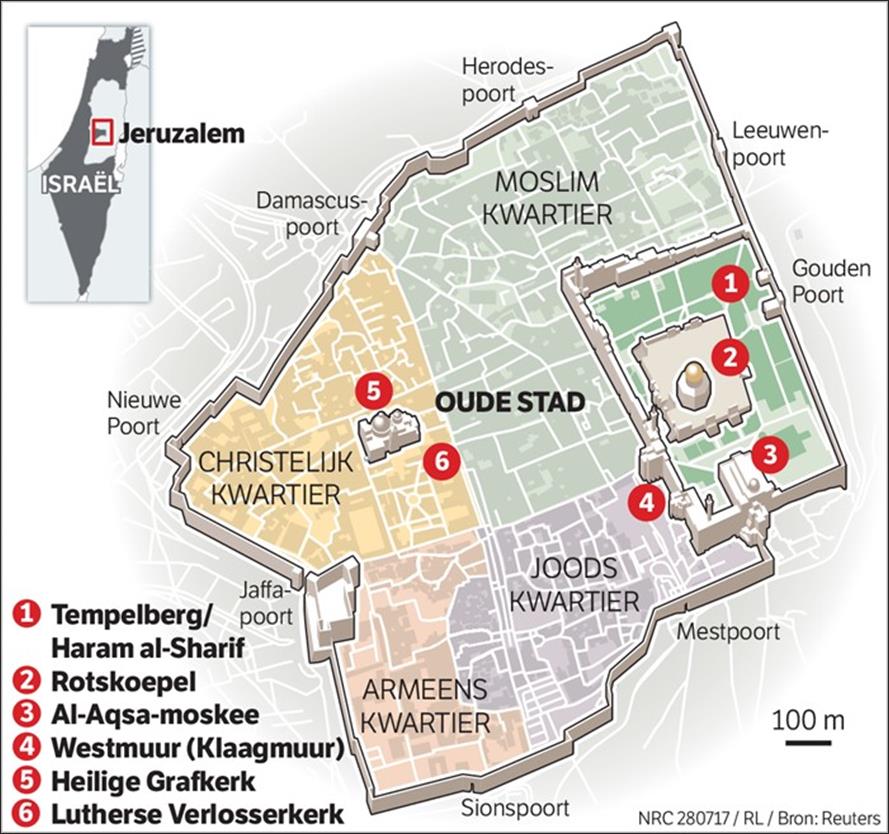 (Ezekiel 46:1) “Thus says the Lord GOD: The gate of the inner court facing east shall be shut the six working days; but it shall be opened on the sabbath day and opened on the day of the new moon.”
The fulfillment of this prophecy is getting closer and closer. The six working days is 6000 working years and the sabbatical day is the 1000-year millennial kingdom. Only then will the two doors of The Golden Gate be opened again. 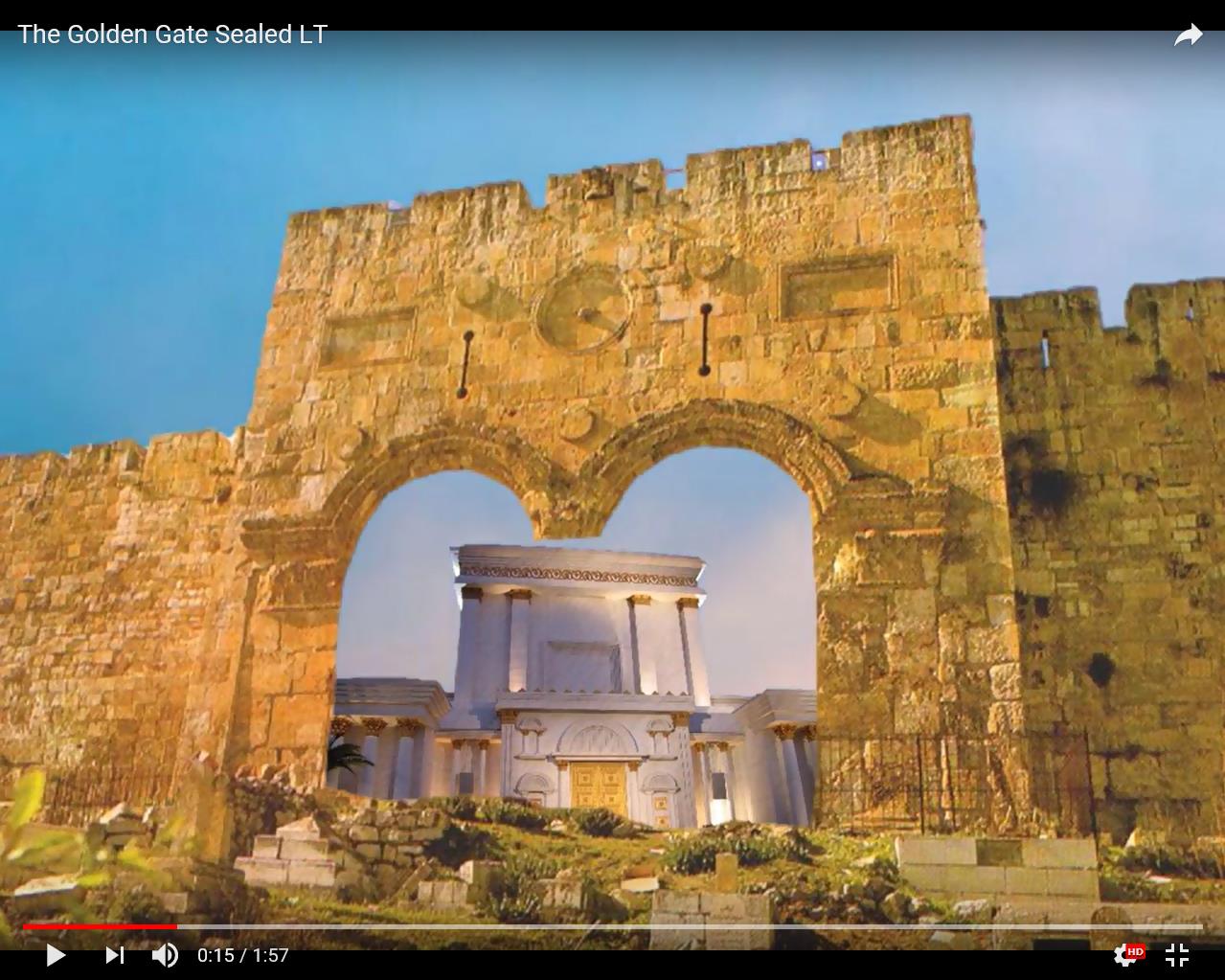 The Golden Gate – This image will never come

The false Prophet will not take place in the third Temple, because previously he will already be expelled from Israel! It remains to be seen whether they will build the third Temple. Anyway, Jesus will not use it, because He goes for the fourth Temple. This Temple will be built in the Valley of the Mount of Olives. There is a source with running water.

Now suppose that the third Temple would really be built, then with its inauguration not only the Temple but also the entire Temple Mount will be spiritually polluted. In that case it would then no longer be necessary to open the Golden Gate. Jesus would never go in there again. Because by seeing the third Temple, human being, but especially Jesus, would always be reminded that the false Prophet/Antichrist once took place there.

The visual third Temple in a dream 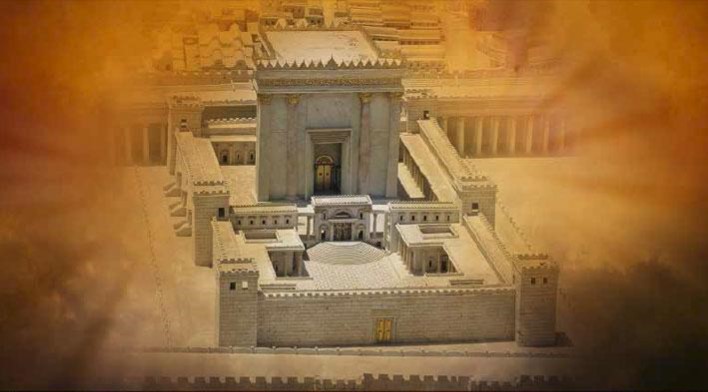 The third Temple is in the heart of the Christians

The spiritual third Temple
Because in no way the construction of the third Temple has begun, there might enter some doubt among the Christians whether the ‘Third Temple’ will or will not come. But, perhaps this fact must be seen as a spiritual Temple hidden in the hearts of Christians.

Initially I assumed that the third Temple should have been ready by March 2018. But because the false Prophet has not been revealed yet, I must say that I am definitely not a clairvoyant. It has always been an inference on the basis of times that I have been able to take from of the visions and also what 2 Peter 3:8 and Ezekiel 46:1 has shown me.

(2 Peter 3:8) “But do not let this one fact escape your notice, beloved, that with the Lord one day is like a thousand years, and a thousand years like one day.”
(Ezekiel 46:1) “Thus says the Lord GOD, “The gate of the inner court facing east shall be shut the six working days;* but it shall be opened on the sabbath day and opened on the day of the new moon.”
We have 6000 years of work and a 1000-year Kingdom of Peace, which is this Sabbath day, the seventh day.
___
*) It says “six working days” but that is not possible. In the time of Jesus the Golden Gate had not yet been bricked up. That happened only after the ascension of Jesus. The Lord would then return 2000 years later. These are two working days of 2000 years and not six. (6000 years)

I am not a prophet nor a mystic
That is to say; if all these times do not match, the visions might have a different meaning. I am not going to hide behind others, who probably may have had the same visions as well. But the fact that we have very little time, is certain.

According to John 16:13, these visions, which I received from the Lord, together with the many verses from the Bible, have a clear and unmissable message to all Christians, to start to get ready for the forthcoming Rapture, because the time is up!

Because the waiting is still for the false Prophet, I now see something completely different. Namely; the moment the false Prophet makes himself known to the Jews and to the world, the Rabbis will do everything to get their Messiah into the third Temple. But within a few weeks they will soon realize that this is certainly not the Messiah they are expecting. It shall be by then already early August 2018. The month of the Rapture. If we see it this way, then it is possible to start with the construction of the third Temple, certainly. But it will definitely not be finished.

With the study of the visions August 2018 and Fiche 59, a mistake is almost impossible. But yes, what can I still say about it. It is starting to become very exciting now.

The Mystery of The Golden Gate