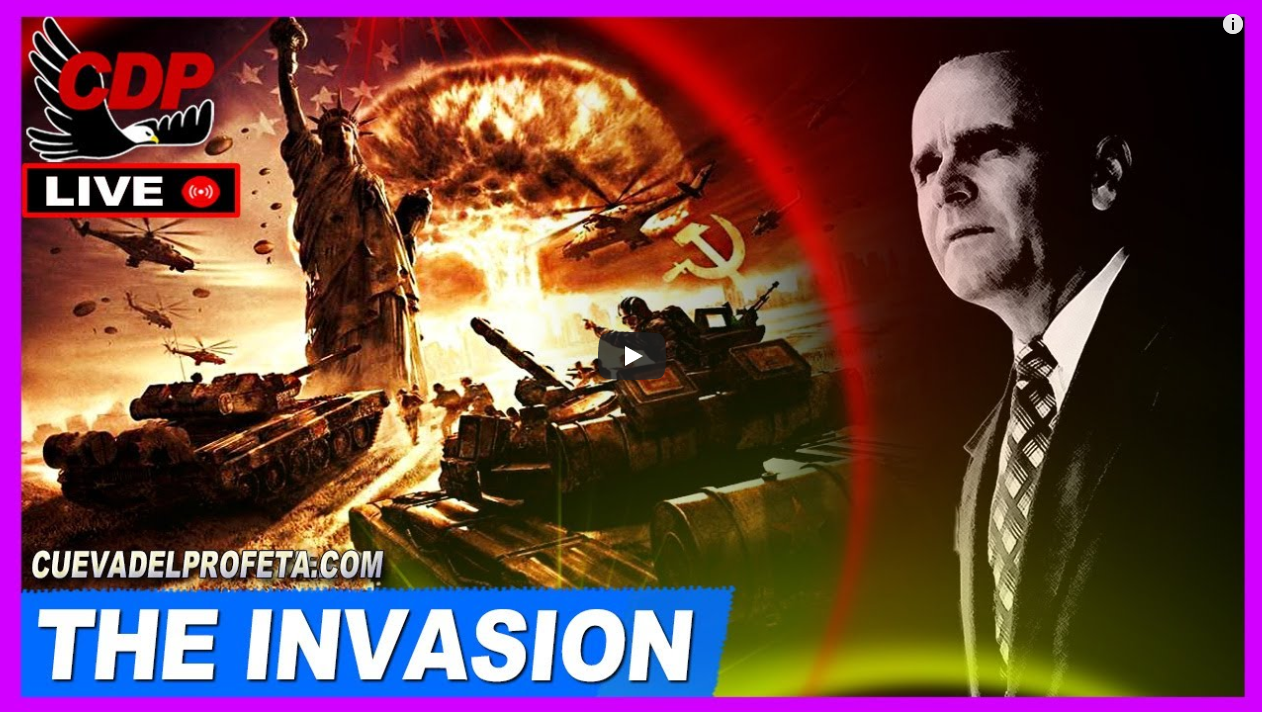 (1933) William Branham saw a woman rise to power in America

Armageddon – President
« Invasion of the United States »
.
Prophetic Dream Reveals
Unrighteous Woman Leading America
.
A Woman shall Dominate the Land with
Complete Power over the People
.

(Image) Three times the Grim Reaper – Waiting for Armageddon
We are going through the 1st 3,5 years (false peace) which has been extended by Jesus for two years. Simply because the Christians are not prepared for Armageddon [666]. This is what Jesus gave me on Thursday, Sept 26, 2019 at 1:26 PM.
Jesus: “My people are not prepared.”
___
Many will be left behind or else the Lord would not have said this!
Oh, brothers and sisters, not 3,5 years, but 1 year and 7 months! Jesus had already foretold this.
(Matthew 24:22) Jesus: “And except those days should be shortened, there should no flesh be saved: but for the elect’s sake those days shall be shortened.”

Armageddon 3,5 years? Then only a few million would remain worldwide.

Brothers and sisters, seven times I have had to adjust the start date of the Great Revival and each time it looked like I got it right. But I did not look further than 2022 and 2023, because time is almost up, until I still calculated the possibility of 2024. Sure enough, now the visions all came together on February 5, 2024! It was not visible, at least I did not see it. That is because the 1000-Year Kingdom of Peace will start after 1 year and 7 months on Sept 5, 2025!

The Last President of the End Times

The newly elected Chairman of America is still Kevin McCarthy, but will be replaced by a woman! With her appointment she immediately becomes President of the United States of America! An unprecedented and unique situation that has never happened before. After all, it could take months before a President can be appointed and there is no time for that, because the war with Russia has already started. The Invasion of the US of America!

After Donald Trump:
The first and last US President of Armageddon will be a woman!

This woman will then be the new Speaker of the House of Representatives at that time. at least I did not see it. As America is at war with Russia, no longer a President and a vice President can be elected. The 3rd World War has already broken out in full force and action must be taken immediately!

(Vision) The boy of 9 years old clearly sees where America will be struck with Fire. See the many crosses!
The Fourth World War will definitely be different from the Third World War, because this war is one with Fire! Since there will be two kinds of war in a very short time, the distinction or difference is made by its intensity, hence the Third and Fourth World War, with the impact of 2 Asteroids in between.

Many visions clearly indicate that, after President Donald Trump, the next President will be a woman. This woman is leading the War (WW-3) which will be followed almost immediately by a Nuclear War (WW-4). It will be Russia that will attack America, first with Conventional weapons and then with Nuclear Bombs!
(Number of Deaths: ±100 Million)

The date cannot be determined with certainty whether the two Atomic Leaders will still be alive after April 6, 2024. The Leaders will want to eliminate each other with Nuclear Bombs and the chance that this will happen could be very high.

Both countries will be completely paralyzed by the many Nuclear and EMP bombs and then suddenly the three days of Jonah begin that will stop the Nuclear War. The Auroras and a big Red Cross in the sky will make people think: “There is a God!”

Of the seven visions, the first five have already been fulfilled, which makes the last two more believable. Amazingly, the last two visions align with many of the prophetic warnings we hear today that have already been posted on the Z3 News. A woman comes to power in the United States, followed by the complete destruction of America(US) by fire. (Nuclear Bombs)

America’s Armageddon President will be a woman

Vision Six: This is what William Branham saw: Then a very Beautiful Woman arose in the United States, dressed in splendor, and great power was given to her. She had a Beautiful Face, but there was a hardness about her that defied description. Beautiful as she was, she was cruel, wicked and cunning. This woman will rule as an evil tyrant with full power over the people. A woman who comes to power in America as a result of a popular vote by women! 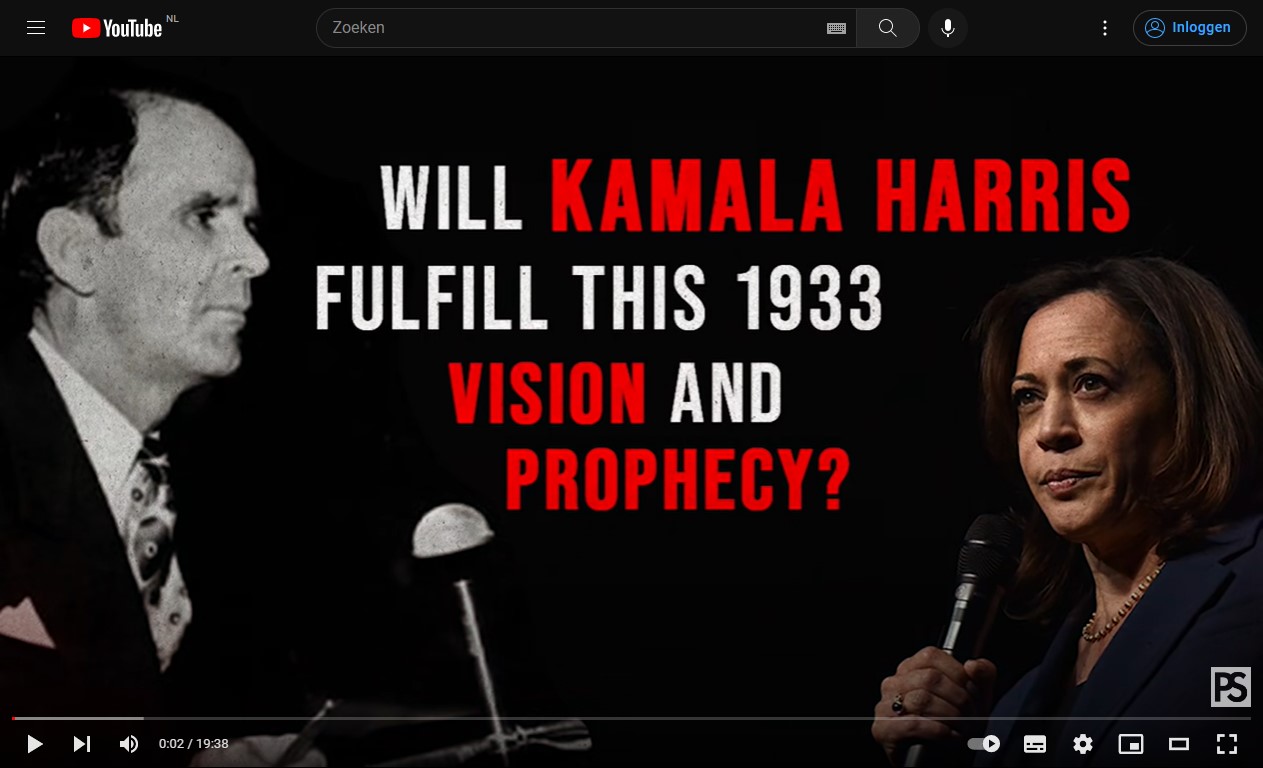 See: More Z3 News about the many End Times Prophecies!

The next President a woman!

The woman who will come to power in America is not Hillary Clinton. She is a Democrat and could take Kamala Harris’s place, because Harris is totally unfit for such a big position to be President of America. But, Sadhu Sundar Selvaraj clearly saw another woman in his vision!

Vision William Branham: A Beautiful Woman Dressed in Purple
How this exchange could come about should be seen as follows, for there can be no other possibility:
Biden was not elected in the end, that was in fact Donald Trump. Joe Biden is disappearing from politics along with Harris, Nancy Pelosi and Chuck Schumer. But, because Donald Trump, together with Mike Pence, suddenly has to resign his Presidency after ±150 days,

due to the Mark [666], a new President must be appointed immediately. Preferably within a day, or even better within a few hours, because America is at war with Russia!

Joe Biden and Kamala Harris will already be out of the picture and the Chairman will take over and become President in the Valley of Armageddon!

New Elections
After all, it will take months before elections can be held again. First in order: Another Speaker of the House of Representatives and only then a new President and that takes months! The Democrats and Republicans certainly will not wait for that. The Chairman, third in line, then suddenly becomes President of America overnight, or from one hour to the next!
Had Trump not won, Hillary Clinton would have been President. It goes without saying that in this unique situation, she could be the only person to succeed Donald Trump.

But, it is not Hillary Clinton, it is another woman!

Speaker of the House of Representatives – Directly President of America
The Republicans no longer have a say at that point, because Donald Trump and Mike Pence voluntarily left the government almost immediately. From Feb 5, 2024, Armageddon has already started. Hurry is required, because the world is in a state of direct war! (DEFCON-1)
The Democrats and Republicans can no longer ignore it.
There is only one person who can still qualify for this position: The Chairman!
. 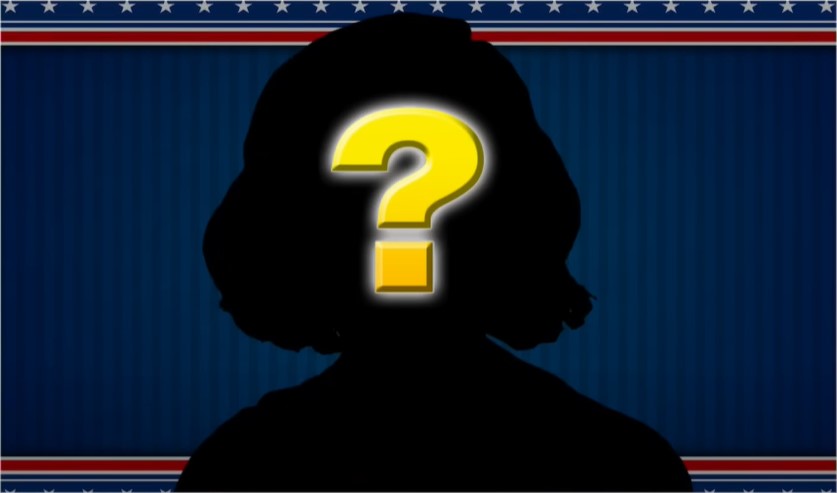 The Unknown US President – February 2024
.
For now, no one knows who this woman will be.
According to the preliminary results of Jan 3, 2023
more than 124 women have already won a seat.
She’s now in government, and is from the Democratic Party!
.
===*===
Text: New American Standard Bible (NASB) and the King James Bible