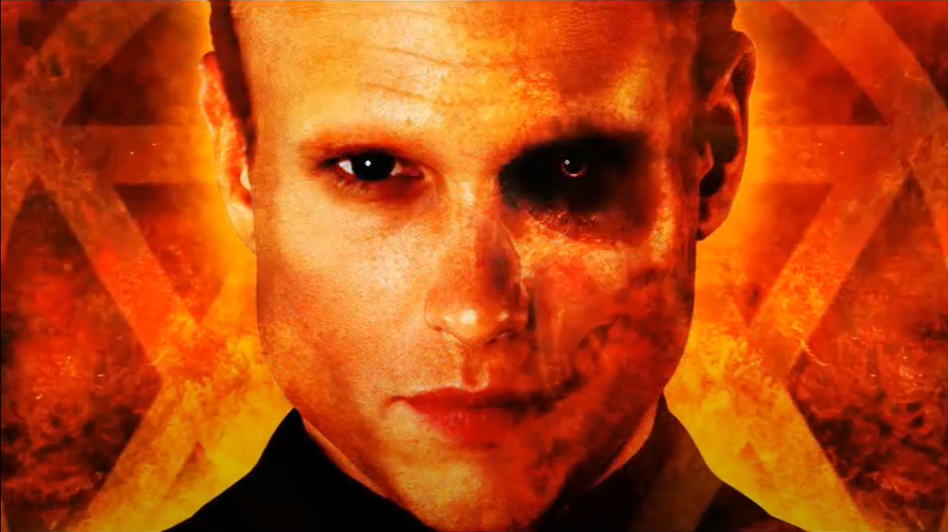 The Antichrist Is Coming… Unstoppable World Tyrant
.
« Death of the False Prophet »
– Shot hail in the Face –
.
See scar on the Face!
.
Rapture 2022 will be in April 2023
(Samuel L. Jackson) In the movie itself, he is attacked by a cat. The cat lashes out viciously with its right paw! The false Prophet shall be shot left in the face!

The title of the film (Secret Invasion) corresponds to what will happen in reality on Feb 2, 2023. Namely, Satan is going to attack Earth with his army with a secret invasion. This is a secret happening invisible to the people. Three days after the false Prophet is killed, Satan the Dragon takes over the body of the false Prophet (now the Antichrist) and rises from the dead. That will happen on Sunday, Feb 5, 2023.
.
This movie (Secret Invasion) was made in 2021 and released in 2022. That is very special, because 2022 should actually be the year of the Rapture, but… has been postponed by one year. Jesus: “My people are not ready.”  – The Christians have one more year to put their house in order. The 1st and 2nd Rapture is now expected on April 5 and 8, 2023.
Prepare yourself!
.

The false Prophet on the white horse

.
Waiting for the signal
On Wednesday, Dec 15, 2021 at 9:05 p.m., the Lord instructed me to now put the report of “The Death of the False Prophet” on the Website. I had already finished that report, but I did not know when I could put it in because the order of the reports is important.
.
The false Prophet mortally wounded
(Vision) On Sunday, December 29, 2019 at ±8:30 a.m. in the morning I have seen the face of the Antichrist! The left side of his face was, more or less, badly disfigured! On that side he must have been struck with the sword, for the Bible says; that he will be fatally struck with a sword.
___
(Rev 13:3) “And I saw one of his heads as it were wounded to death; and his deadly wound was healed: and all the world wondered after the beast.”

(2017) I got the vision of the ‘Five Tickets 1900’ in the morning of September 28, 2017 at 6:00 A.M. The number 1900 appears in that vision. For years I have prayed and asked the Lord what that 1900 means and yes, now I know. It indicates the time of 7:00 p.m. in the evening. I could not see it. Jesus, gave it to me recently.
___
This “Five Tickets 1900” vision shows what Puerto Rico looked like after Sep 6, 2017 when the Hurricane Maria passed over this island with a power of 4-5. That sight must be compared to the face of the Antichrist. As ravaged as that island looked after the Hurricane, so ravaged was the face of the Antichrist.

Now I also understand the vision. Half of the entire island was badly hit!

(Vision)
The face and death of the false Prophet described
In the vision I saw exactly how the false Prophet was killed, as if I were standing right next to him! I saw the whole thing up close! There were people all around him. Someone then suddenly pulled out of his jacket a sawed-off double-barreled rifle and fired directly at close range at the false Prophet on the left in the face… and at that moment the image was gone. But… in the vision I somehow, after three days, suddenly stood again next to the false Prophet, now the Antichrist, who had a badly scarred face..
.

The special thing was that he (the Antichrist) gave me a note with ‘MAMA-MIA’ written on it. That must have been written by the Antichrist. When I saw it, I could hardly believe what I was reading. It seemed very strange to me. What is this? But… as the vision progressed, I saw the possible meaning of what was written on that note.

It was written in capital letters and the last three letters were not exactly aligned, but written from top left to bottom right. ‘MAMA’ (with one ‘M’) was written nicely in a line as if printed, but ‘MIA’ was clearly handwritten.

Deadly shot hail
Because I was standing next to him I could see his face well. The Antichrist had an extremely interesting face. The scar on the left side of his face almost makes you feel sorry for him. At least, that is what happened to me. He looked right through you with both eyes. This way I could clearly see that his left eye was not damaged.
___ 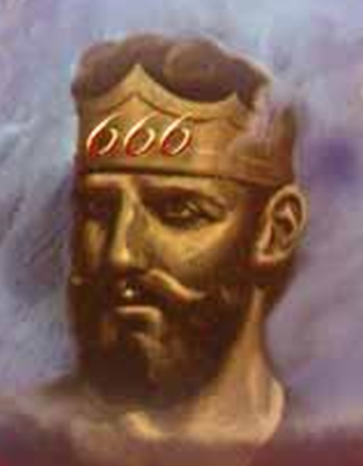 What struck me was that all the people were looking at him. Some were afraid, but others however, who had first known him as the false Prophet for 75 or 61 days, were not afraid. What I did see was that they all had an uncertain look about seeing the Antichrist, precisely because the left side of his face looked so badly disfigured. The scars were clearly visible.
.
Could I describe the face of the Antichrist? No, that is really impossible. He has a serious way of looking and because of his charisma, people would do anything for him if he would ask them something. His scar made him look truly irresistible. The people kept looking at him.

In the picture, the face of the false Prophet/Antichrist still looks good, but because of the shot of hail on the left side of his face, the picture is completely different!

Possible explanation: Mama-Mia
The word, probably written by himself, could be the expression that people would cry out at the sight of his face: “Mama-Mia! What happened to his face?”

Mama-mia! (My mother!): A general expression of surprise, evoking other strong emotions such as, “My goodness!” – It was as if the whole world all shared the same wonder with amazement. The writing was International, so that the people could understand that exclamation. No other translation of surprise can be found for this.

The note with ‘MAMA-MIA’ on it and especially how ‘MIA’ is written is unimaginable, just like the crooked lines of vision ‘Aug.2018’ that had to be drawn up and read from right to left. The ‘Five Chips 59’ with the two circles intertwined with the number 59 below is so strangely constructed that it is simply impossible for a person to invent it. You cannot build or change a vision. It is an established fact and always involves a future event. It is a prophecy portrayed.

Vision during deep sleep
A vision comes at all times and only when you are in a deep sleep, say, in your subconscious mind and during the peak of your sleep and comes quite unexpectedly, that it simply cannot be made up by man. Every vision must be examined to see its proper interpretation.
The setup of each vision is actually very simple and can never be forgotten because it is stored in the mind. However, it has always to be calculated in order to understand it.
.

Then there is something else you really can not do anything about, which is: You wake up to look even better and… at that moment the vision is gone. The vision is often so vivid, as if you are seeing it all with your eyes open. The Lord knows that you also want to see the image for real and therefore ensures that all the information is received on time. A vision cannot be built up any further, that is really impossible.

Death of the False Prophet