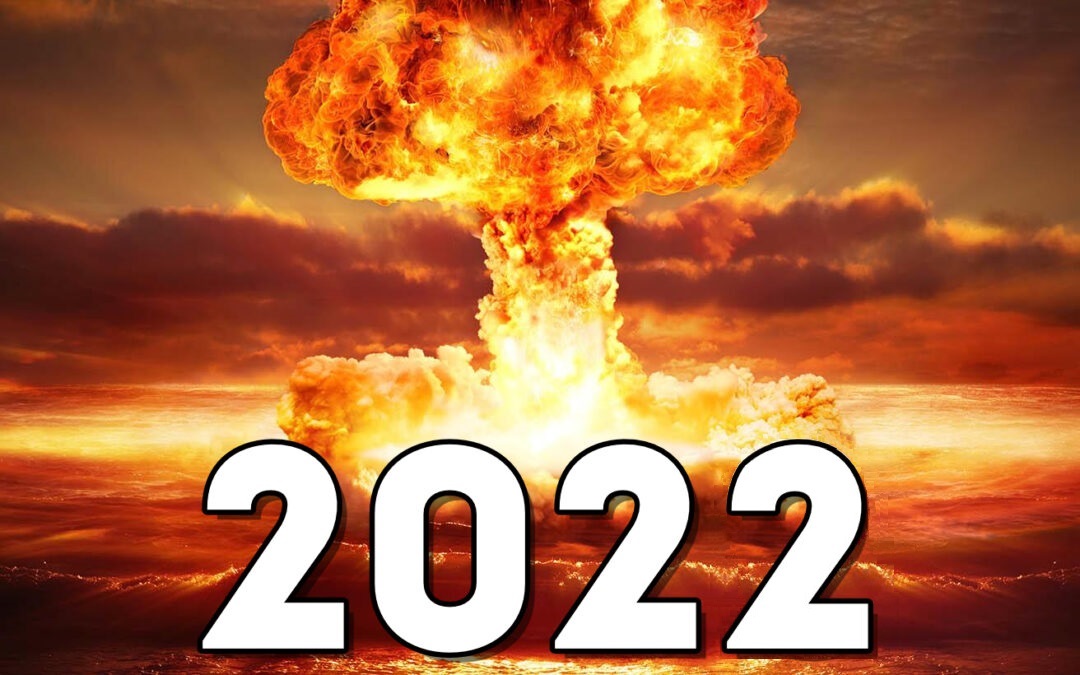 With their calendar of December 21, 2012, the Maya were very close. It is not the end of the world, it is the beginning of Armageddon! The difference is exactly 10 years and 21 days. The false Prophet will be killed on Feb ±2, 2022 and three days later the Antichrist rises.
.
(!!!) On Thursday, Feb 18, 2021 (2:30 p.m.) I was deep in prayer thinking that Rome would be destroyed with a Nuclear Bomb. I had already written that report in this way, because after all, I did not know any better. Then the Lord showed me that it will not be Rome, but Mecca!
All of Mecca will be totally destroyed and razed to the ground in one hour and will not be found again.
(Rev 18:16-19) “…for she was destroyed in one hour.”
.
Then I start asking questions: “Lord, that cannot be with a Nuclear Bomb, because mountains and ruins of  great buildings will still be seen.”

It was as if the Lord proved me right in this. Jesus: “If the Great City of Babylon were destroyed by a Nuclear Bomb, it would be man who would destroy the Great City. But, it is written that I will destroy Babylon!”  – And that, brothers and sisters, will happen with a great Asteroid!

The world struck with blindness – Not Rome but Mecca!

The Roman Catholic Church is many times more dangerous than all the religions of the whole world put together! When Martin Luther was asleep, Satan suddenly stood in the room with him. “Oh…is it you.”  He turned and slept on.
Martin Luther: “As you approach Rome, you experience Hell!”
(Martin Luther from 1483 to 1546: The Church Reformer)
___
Many Christians truly believe that Rome will be destroyed. It is barely visible. This is what the Lord Jesus has told me: “It is not Rome, but Mecca!”  – The city of Rome remains unscathed, but the inhabitants of the Vatican will be killed by their own people, including the Pope!
The so-called believing Italians, who will all be left behind after the Rapture, will slaughter everyone in the Vatican! The Pope will be mortally wounded and will die a horrific death on the street!
Yes, brothers and sisters, Pope Francis already knows that he will die a horrible death. 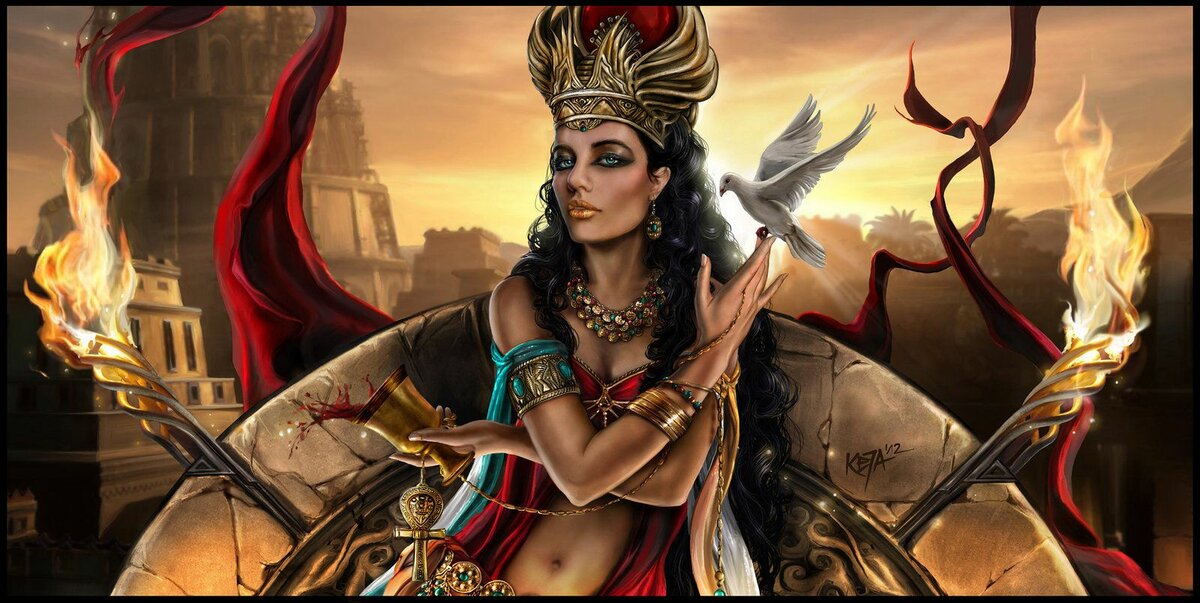 Semiramis Queen of Assyria and Babylon
.
Babylon
In the early centuries, the early Christians compared pagan Rome to Babylon, and it really looked like they were right. Rome already had all the striking features of the ancient Babylonian Empire.
___
(1 Peter 5:13) “The church that is at Babylon, elected together with you, saluteth you; and so doth Marcus my son.”
(Isaiah 21:9) “And, behold, here cometh a chariot of men, with a couple of horsemen. And he answered and said, Babylon is fallen, is fallen; and all the graven images of her gods he hath broken unto the ground.”
(Jeremiah 51:7-9) “Babylon hath been a golden cup in the LORD’S hand, that made all the earth drunken: the nations have drunken of her wine; therefore the nations are mad. [8] Babylon is suddenly fallen and destroyed: Howl for her; take balm for her pain, if so be she may be healed. [9] We would have healed Babylon, but she is not healed. Forsake her, and let us go every one into his own country: for her judgment reacheth unto heaven, and is lifted up even to the skies.”
(Rev 14:8) And there followed another angel, saying: “Babylon is fallen, is fallen, that great city, because she made all nations drink of the wine of the wrath of her fornication.”
(Rev 18:2-3) “And he cried mightily with a strong voice, saying, Babylon the great is fallen, is fallen, and is become the habitation of devils, and the hold of every foul spirit, and a cage of every unclean and hateful bird. [3] For all nations have drunk of the wine of the wrath of her fornication, and the kings of the earth have committed fornication with her, and the merchants of the earth are waxed rich through the abundance of her delicacies.”
(Rev 17:5) And upon her forehead was a name written, mystery: “BABYLON THE GREAT, THE MOTHER OF HARLOTS AND ABOMINATIONS OF THE EARTH.”
This mother is in fact Semiramis Queen of Assyria and Babylon! Her opulent appearance, however, shows a very different picture. The nations are intoxicated by it and they know no better.
___
It is all in the Bible and many have not known it, because indeed all roads lead to Rome; The big city! The simplicity of the Catholic faith automatically leads most people to Hell! It simply cannot be seen unless you pray for it.

When you talk about Rome, you always talk about Babylon and vice versa! 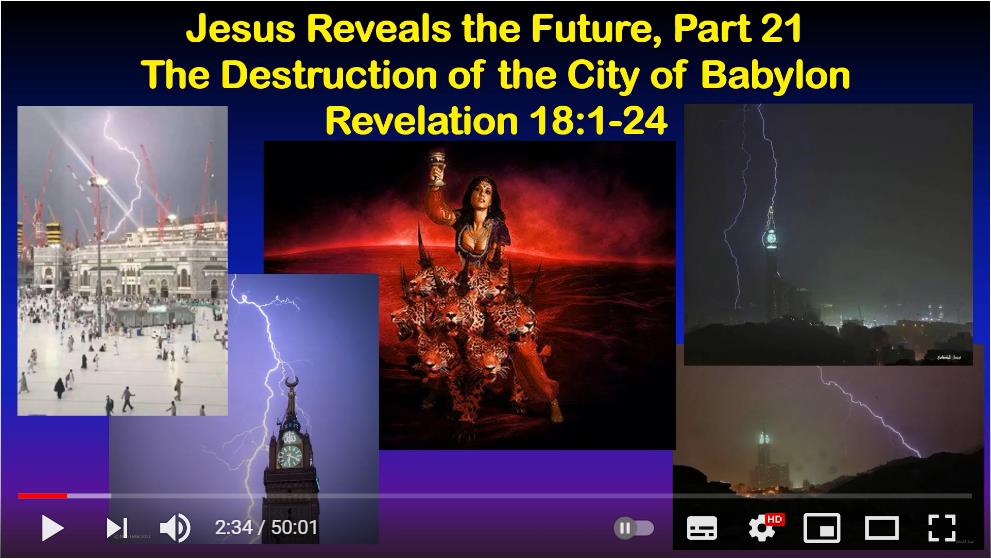 Not Rome but Mecca(!!!)
.
Mecca will be destroyed
The Lord has pointed this out to me. When I was working on the report of Peter de Roman, I already had  doubts, but I could not explain it at the time. Rome is Babylon(?) and is built on seven hills. But Mecca is also called Babylon and surrounded by seven mountains!
That report haunted me for over a year. But I did not see it until Sept.2019! Immediately I took many notes. However, I had to wait giving out this report. The Lord would give me a signal and that moment is now!
___
I wanted to remove Peter de Roman’s report already in September 2019, but the Lord told me to leave it! The report is perfectly written, though. All the details are in it and, in any case, it corresponds almost exactly to what is described in the Bible.

Mecca will NOT be destroyed by a Nuclear Bomb, but by an Asteroid! Many so-called prophets think that an Atomic Bomb will be used for it. The many photos and images used for this also show it. But… the attack is coming from Space!
___

Not Rome but Mecca! It was not visible. At least I did not see it. Only when the Lord specifically pointed this out to me did I see it. How is that possible? An Asteroid from outer space as a Nuclear Bomb and Mecca will be found no more! Oh, brothers and sisters, how massive must that Asteroid be, because the city of Mecca is very big. It is built in a valley surrounded by seven mountains!

Mecca (±26 square km) is the Capital of the Mecca Province in Saudi Arabia in the historical region of Hijaz. It is located 73 kilometers from Jeddah, in the sandy Abraham Valley at 277 meters above sea level and 80 km from the Red Sea. It is surrounded by seven mountains! The highest mountain near Mecca is the Jabal al-Rahma mountain of 454 meters high.
___

Rome is built on seven hills and Monte Mario (Lo Zodiaco) is the highest hill at 139 meters. The smallest hill is the Capitol of 49 meters high. They are not mountains. In general, you can only speak of a mountain if the height is more than 300 meters.

It is a huge report with many details. Evidence abounds! 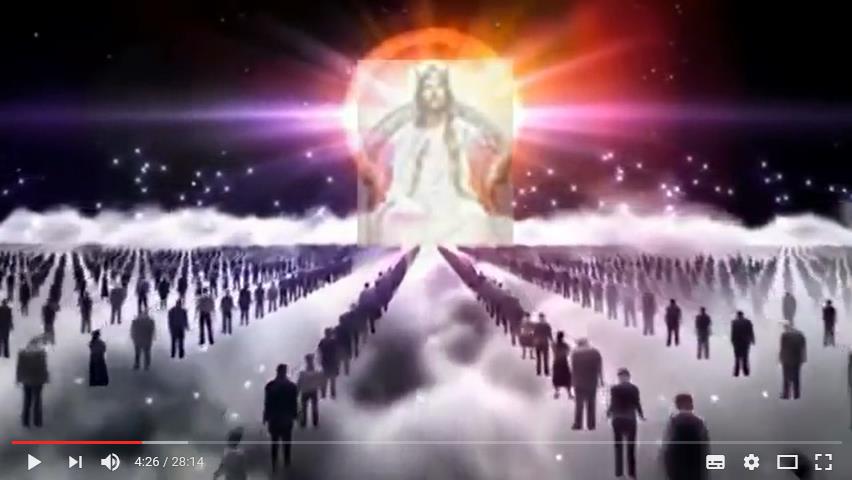 The Judge of God

– Narrow is the way that leads to eternal life –
.
The truth about other religions
Pastors and Leaders caught in their own tolerance
Almost all Pastors and Leaders live in the 1st degree of their tolerance.
How come they are still in that grade?
See: Walibi – Pentecost Conference (Flevoland – The Netherlands)

Children with knowledge in the 2nd and 3rd grade! – (Dutch)

Ali – A Turkish Muslim who meets Jesus in his dream (40:34)
.
(Videos) Divinerevelations.info/muslim

This Turkish man (Ali) was addicted to alcohol when he saw Jesus in a dream and his life was changed forever. Desperate, he went to Saudi Arabia, because alcohol was banned there. When he got there, however, it turned out that alcohol was still there. He then went on a pilgrimage to Mecca, hoping to be freed from his alcohol addiction and to be led on the path of a true Muslim. Much to his surprise, he instead met Jesus Christ, the Man in White.

Muslim Journey to Hope – Afshin Javid (Pastor)
Hezbollah fighter converts and becomes Christian. See and hear his testimony! (19:59)
.
(Video) A Hezbollah fighter (Afshin Javid) ends up in jail. He reads the Quran and suddenly he is overcome by an evil spirit. He calls to Heaven for help and suddenly hears a voice that he must call on Jesus. He does and is liberated, but then the doubt sets in. After two weeks of fasting and praying, he gets no answer from Allah; and then… Jesus Christ appears in his cell.
.
===*===
Text: New American Standard Bible (NASB) and the King James Bible