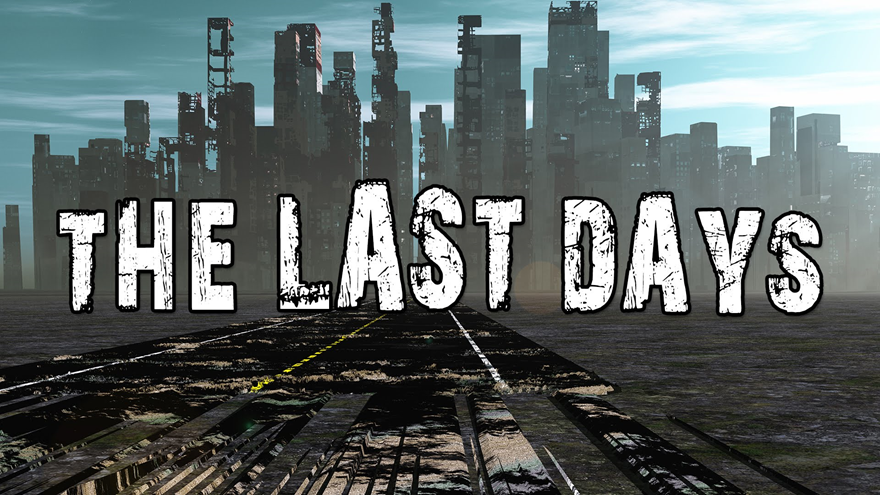 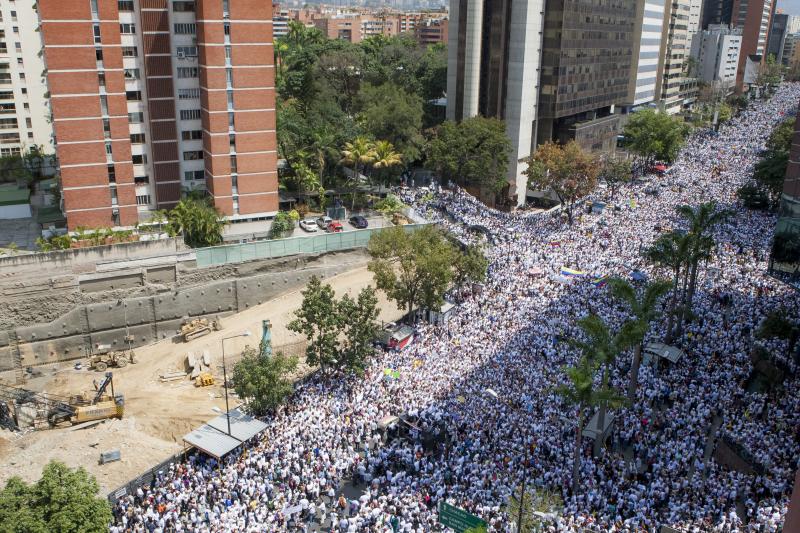 The Last Days of the End Time
Jesus: “The last three days before the Rapture you can no longer know whether it is day or night.”
This has to do with the three days of Jonah and the three days of total darkness.
The situation in the world has already become so terrible that many churches are in survival mode. The church of the Lord seems full, but there are hardly enough resources (money) to keep the church standing.
Evangelist Choo Thomas (Feb 9, 2012)

The Lord says the time is already up. Jesus: “This is the end of the age, this is it. You are living in the most serious time ever in the history of this earth.”

No more signs
Jesus, will give us no more signs when it comes to the Rapture. The whole world has fallen into total disrepair and is many times worse than it was in the days of Sodom and Gomorrah! The End Times are almost over and Armageddon is about to begin. The waiting is for the false Prophet who could restore the disorder and chaos in the world for a while and then Armageddon breaks out! (Beginning Armageddon from Feb 5, 2022)

The false Prophet will be killed on Feb ±2, 2022 after which Satan (Lucifer) will take over the body with a “Walk-in” and Armageddon has begun!

The false Prophet becomes the Antichrist
(Rev 13:12) “And he exerciseth all the power of the first beast [False Prophet] before him, and causeth the earth and them which dwell therein to worship the first beast, whose deadly wound was healed.”
___
(Rev 13:3) “And I saw one of his heads as it were wounded to death, and his deadly wound was healed; and all the world wondered after the beast.” – [Is now the Antichrist] 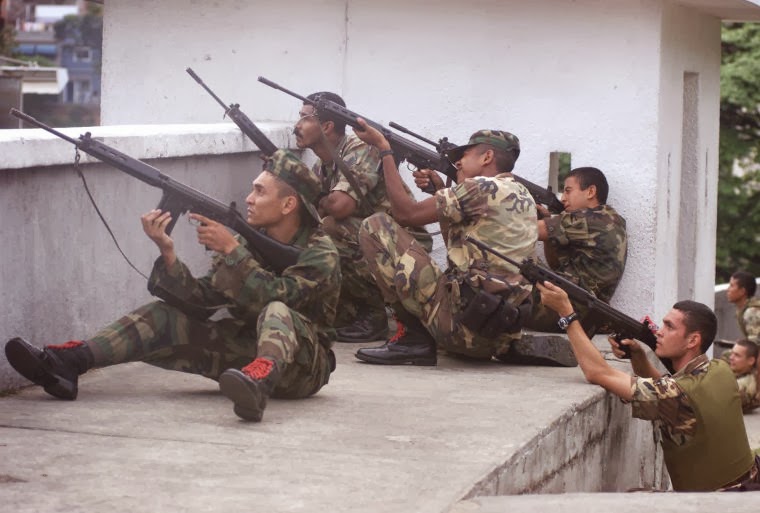 Russian expert: “Is a military coup next for the disaster of Venezuela?”

(No, much worse; Armageddon is coming!) 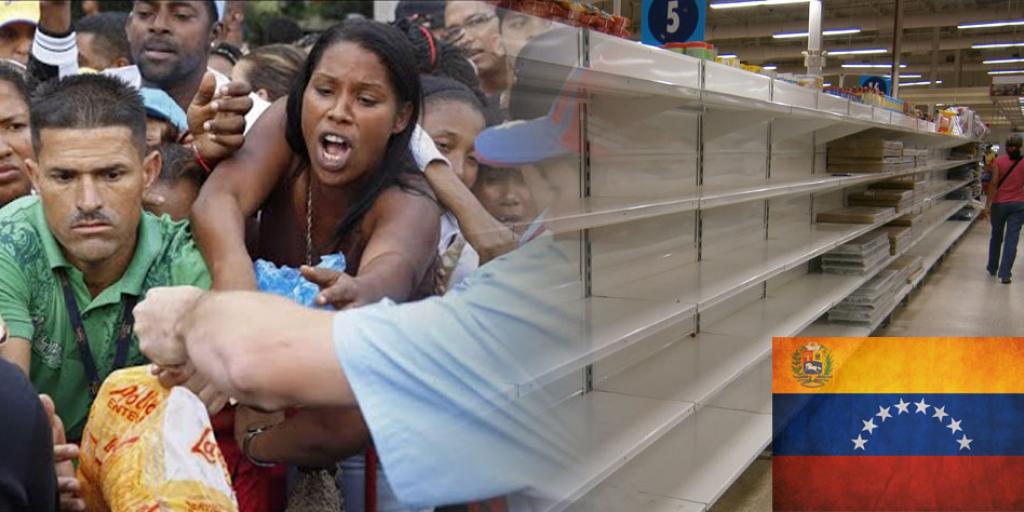 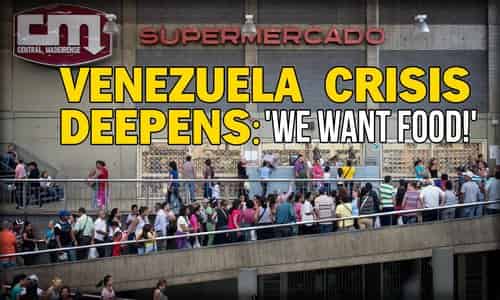 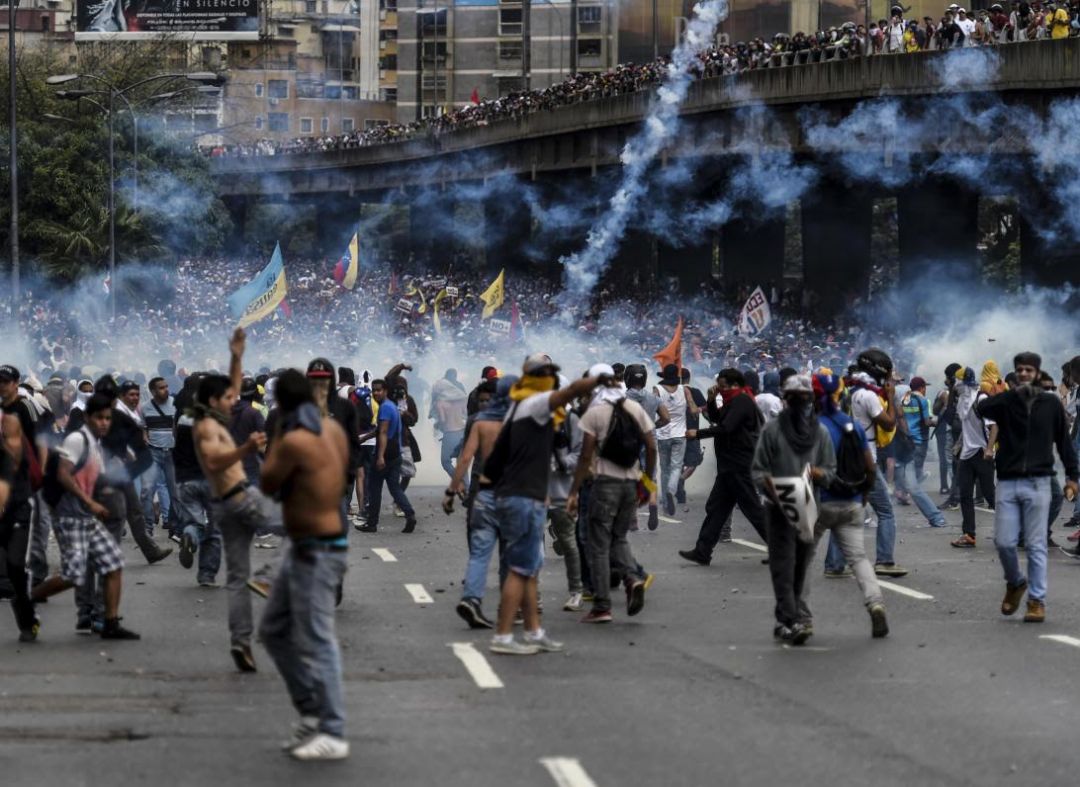 Venezuela in Chaos – Population at its wits’ end 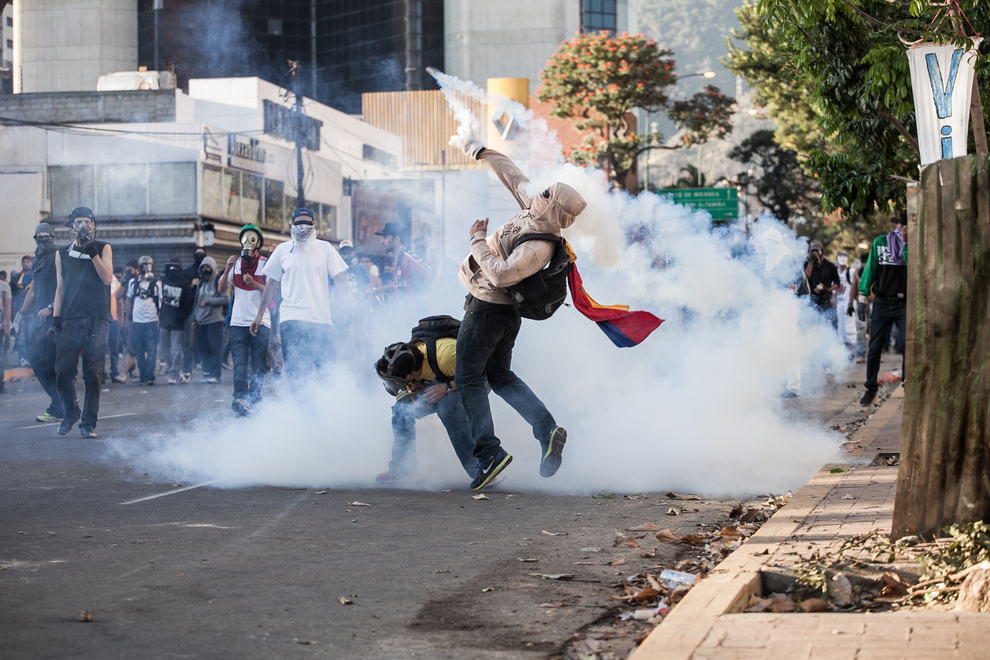 Protesting against the Government! An endless fight 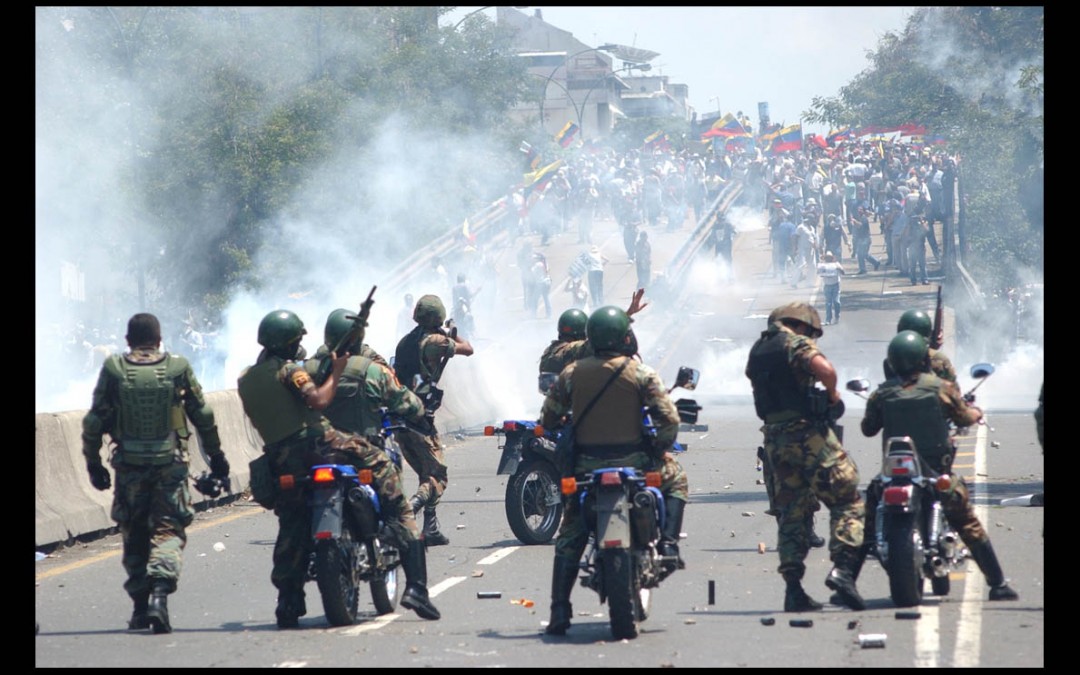 Order Troops – It’s hard to do 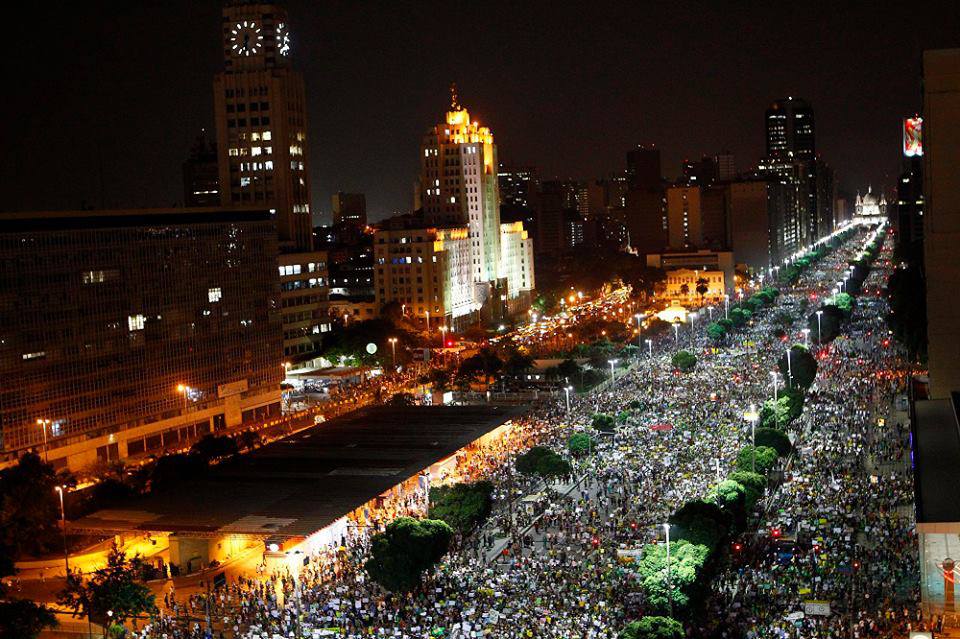 The Brazilian political class was totally taken by surprise by a wave of major popular demonstrations across Brazil, which started with the free passage movement in São Paulo, and culminated in massive protests across the country against the enormous cost of the works carried out for the World Cup next year, without any real improvement in the living conditions of the population being felt. 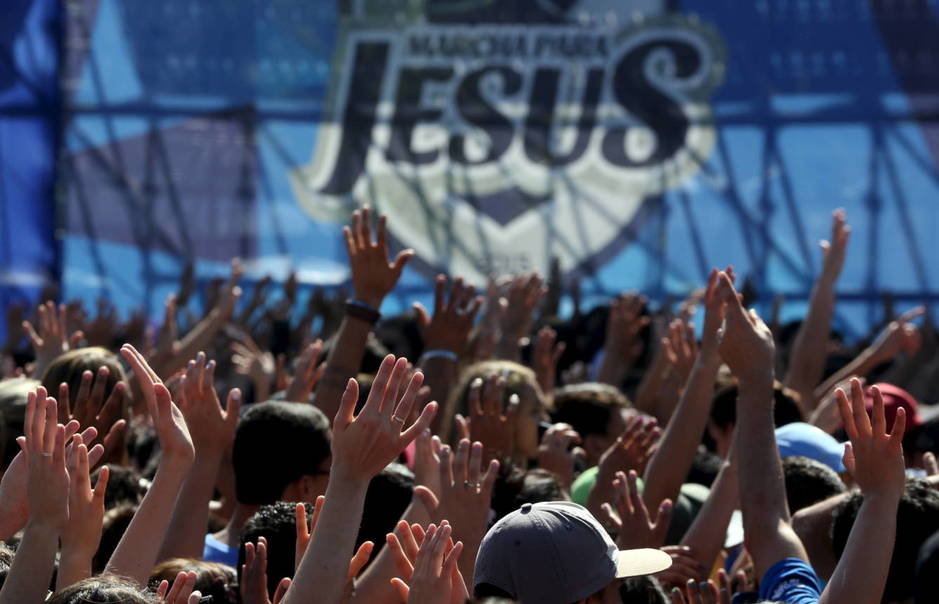 (Brazil 2016) Full congregation before the Coronavirus

It will mainly be the Christians who recognize this website and cry out to Jesus in their prayers: “Lord, where are You with the Rapture? How much longer do we have to wait?”

The Rapture postponed?
Many Christians think that the Rapture has been postponed. That is because the Rapture should have taken place long ago. Where is the Lord? When I came to another congregation at the end of 2014, the Pastor took me to a meeting room. The first thing the Pastor spoke about was: “Why hasn’t the Rapture taken place yet? The time is already up!”  – The Pastor knew who I was!

Many Christians react in the same way. But the worst is yet to come, because the no. 666 is already made mandatory before the Rapture will take place in April 2022!

The Brand Mark (666)
The Church of the Lord is bleeding to death
The Lord has shown me in a vision that 99% of His churches on Earth are bleeding to death from within. It was a dramatic sight. I saw Christians in the church and many of them had the Brand Mark 666 in the form of a Sign or Logo!

Inside the government subsidized churches, I saw many Demons! Virtually all people in these types of churches had the Brand Mark 666 and in both cases the Rapture had not even taken place yet, but I saw it!

Sleeping members full of faith
The underground church of Laodicea is slowly emptying. The congregation seems full, but appearances are deceiving. The only reason I can find is that Preachers and Pastors preach the same thing over and over again. The Christians have heard it so many times. There is no more news, no future to work towards. It is only for a novice, until he too has had enough. The voice of the Holy Spirit is hardly heard or recognized in these End Times. Many therefore go their own way and go with the flow.
___

(John 16:12-13) “I have yet many things to say unto you, but ye cannot bear them now. [13] Howbeit when He, the Spirit of truth, is come, He will guide you into all truth: for He shall not speak of himself; but whatsoever He shall hear, that shall He speak: and He will shew you things to come.”

No interest anymore
It seems that more and more people are no longer interested in the faith of the past. The sermon almost always concerns life itself, which is brought into the 1st degree of their tolerance. There is simply no more spiritual wisdom and knowledge to be gained. Always the same. Many Christians are no longer interested. They have other things on their mind now.
(Matt 22:2-5) [2] “The kingdom of heaven is like unto a certain king, which made a marriage for his son. [5] But they made light of it, and went their ways, one to his farm, another to his merchandise.”

For many, the days of the past are long gone.

How much time do we have?
Jesus: “The time has long since passed. The time is up! The lines have already been drawn. I know who are Mine are and who are not. However, beloved, you must prepare yourself so that you can hear the call of the shofar (horn).”
See: Maurice Sklar “The Restrainer”
===*===
Text: New American Standard Bible (NASB) and the King James Bible

The Last Days of the End Times