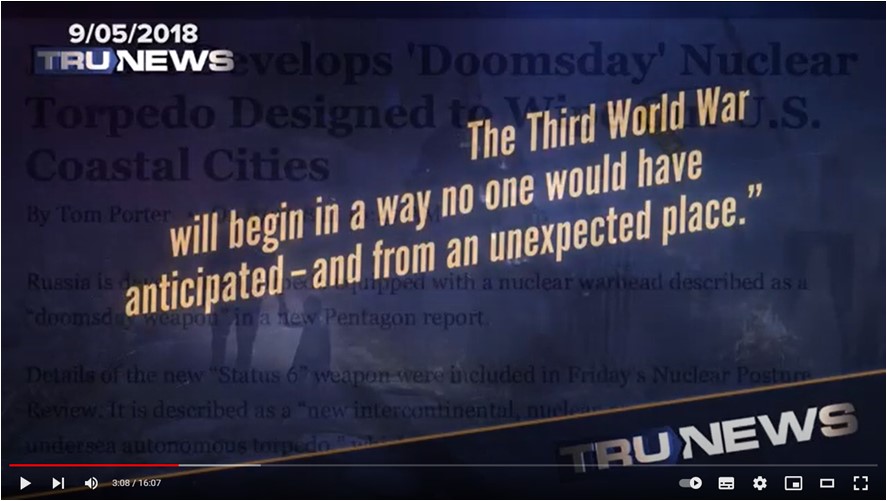 A Prophecy by 90-Year Old Woman from Norway

(Written by Evangelist Emanuel Minos in 1968)

The world today
This Norwegian prophecy from 1968 has gained much attention in recent years due to the frightening realization that the relaxation has broken down between the U.S. and Russia. Moreover, there is a plausible threat of Nuclear War. World War 3!

A 90-year-old prophetess from the village of Valdres in Norway received a vision in 1968 from God that describes the world of today and tomorrow with precision. Evangelist Emanuel Minos at that time (1968) held services in her hometown and had the opportunity to meet her and she told him what she had seen.

He wrote that vision down, but later realized that this vision was too incomprehensible and put it away in a drawer somewhere. But then, 25 years later, he understood that he had to share that “revelation” of these ancient prophetess with others. (In 2009 this vision was put on YouTube)

The Valdres prophetess was a trustworthy and “awake” Christian, in good standing with all who knew her. This is what she saw:

(Image: Russia at war with Ukraine)

(1st Wave) First, before Jesus comes and before World War III breaks out, there is a “relaxation”, a period of rest and prosperity such as we have never experienced before. There will be peace between the superpowers of East and West and this will be a long lasting peace. (Remember, this vision took place in 1968 when the Cold War (1945-1991) was at its worst between America and Russia!)

In this period of peace, there is talk of disarmament (NATO) in many countries, including Norway. We will then not be prepared when the Third World War breaks out.

The Third WORLD WAR will begin in a way no one would think possible and from an unpredictable place.
___
(Extra note of the writer: This will almost certainly not be from Ukraine, but from another place in another country! This could well be Kaliningrad, which is surrounded by the NATO. The Russian transit of goods, oil and gas threatens to be hold back by the government of Lithuania. So my suspicion is, that World War III could start from there.) – Lithuania wants to ban transit of goods to the Russian enclave of Kaliningrad because of the war.

(2nd Wave) AN UNPARALLELED LOOKWARMNESS WILL HOLD THE CHRISTIANS, causing them to slip away from the truth. Christians are no longer open to deep and penetrating preaching. They no longer want to hear about Sin and Grace, Law and Gospel, Repentance and Renewal of Life, as in previous times. Something else will take its place, it Is called: “THE GOSPEL OF HAPPINESS”.

The most important aspect will be: To achieve ‘worldly success’, to want to be something you are not and above all to ‘gain material things’. Things that God has never promised us to obtain in this way.

Churches and Places of Worship will empty and get smaller and smaller. Instead of the preaching we have been accustomed to for generations, such as “Take up your cross and follow Jesus”, entertainment, art and culture are pouring into our churches. What is happening seems like some kind of invasion, while the churches should be places of reflection, repentance and revival. THIS WILL NOTICEABLY TAKE PLACE BEFORE THE COMING OF JESUS.

(3rd Wave) There will be a moral regression unlike anything Old Norway has ever experienced. People will live together as married couples without being married. (I don’t believe the concept of “cohabitation” already existed in 1968, Evangelist Minos noted.)
Much immorality before marriage and also much infidelity in marriage is generally perceived as normal and it is ‘justified’ from almost every point of view. It will even take place in Christian circles and we will embrace it, even like the sin against nature (homophilia and sex with animals).

Just before Jesus returns there will be television programs like we have never experienced before. (Evangelist Minos notes here that television had made its appearance in Norway in 1968, just shortly before.)

THIS OLD PROPHETES CONTINUES TO SAY: The television will show such terrible violence that it will teach people to kill and destroy each other. There will be not only ‘one station’ (she did not know the word ‘channels’ at that time yet, as we use it today, so she called it ‘stations’).

The television will be like the radio, there too we have many stations (channels) and they will be filled with violence. People will see that as relaxation. We will see terrible scenes of murder and destruction and this will circulate in society.

Sex scenes will also be shown on screen, such as the most intimate affairs that take place in a marriage. (I, evangelist Minos protested and said, we have a law forbidding these things!)  However the old woman said: It will happen and you will see and experience it. Everything we once thought of value will be broken down and the most illicit will take place before your very eyes.

Large-scale migration to Europe started in the period 2007-2011

(4th Wave) People from poor countries will flood in to Europe. (Evangelist Minos points out that in 1968, there were no “immigrant flows”.)

This old prophetess says: They will also come to Scandinavia and Norway. So many will come that people will start to avoid them and they will be hard on them. They will be treated as the Jews were treated before World War II. THEN THE FULLNESS OF OUR SINS WILL ALSO BE REACHED. (Evangelist Minos says when he protested against the immigration aspect, he says: I did not understand anything at that time.) 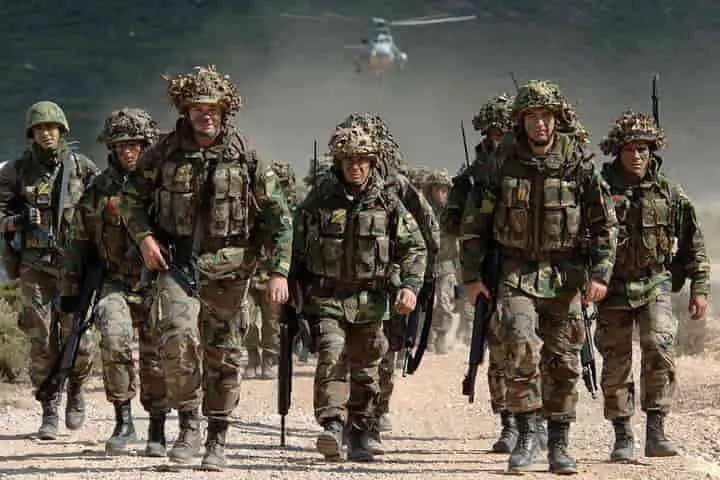 NATO puts troops on standby over Russian invasion of Ukraine

Tears began to flow from her eyes and ran down her cheeks. Then she said, I will not see it, but you will see it. But then…: Suddenly, Jesus will appear and World War III will break out. It will be a short war. (This was how she saw in the “vision”)

(The Writer: This World War III will last about 3 weeks and will be a Conventional War without Nuclear Bombs.) 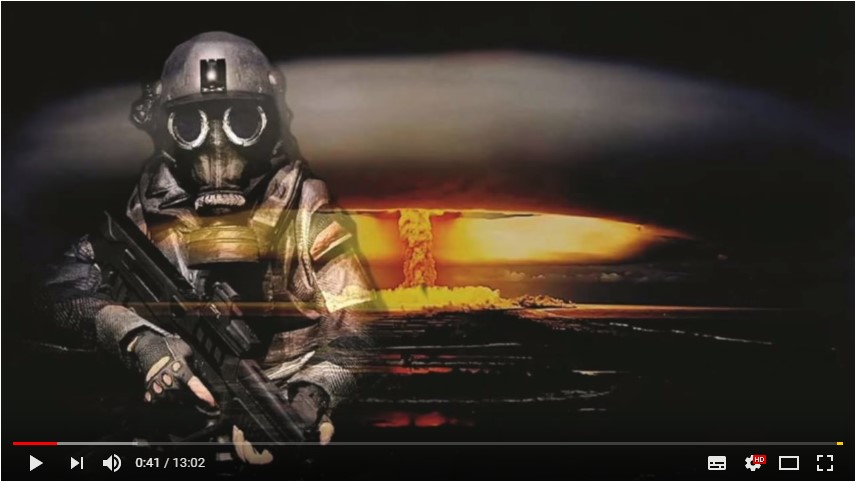 The Fourth World War will last about 2 weeks

Twice a World War 3 and 4
Extra note of the writer: Brothers and sisters, between the 3rd and the 4th World War there will be a pause of ±20 days due to the impact of a very large Asteroid from space in the middle of the Atlantic Ocean! As a result, these two different wars are so close to each other that it is seen as one war. World War III still with conventional weapons, but World War 4 with Nuclear Bombs!
.
Weapons make the difference between the 3rd and 4th World War. Had that not been the case, this would simply be World War III. Know that the Rapture has not yet taken place! (Matthew 24:34) “Verily I say unto you: This generation shall not pass, till all these things be fulfilled.” – This verse concerns the Rapture.

The 90-Year-Old Prophetess: All that I have seen of war is child’s play compared to this war and it will end with Nuclear Bombs. The air will then be so poisoned that one can hardly breathe. This war will go across different continents, America, Japan, Australia and the rich countries.

The water will become contaminated, we will no longer be able to sow. Only a remnant, a small number will survive. Those left in the rich countries will try to flee to the poor countries, but they will treat us as harshly as we treated them.

I’m so glad I won’t live to see this, but when the time comes you, Evangelist Minos, must have the courage to make this public and tell it. I received this from God and none of it contradicts what the Bible teaches.

“THOSE WHOSE SINS ARE FORGIVEN AND WHO KNOW JESUS AS LORD AND SAVIOR IS SAFE.” 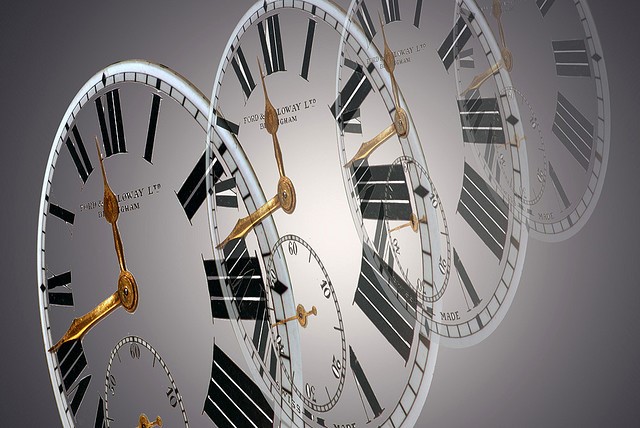 “How much time do we have left?”

End Time almost over
Jesus: “This is the end of the age, this is it. You are living in the most serious time ever in the history of this earth.”

The Second Coming of Jesus (The Rapture)
Jesus: “The fire before My arrival will be called: Great and universal distress, misery and adversity, such as the earth has never seen. Faith will be extinguished, love will grow cold, and all the poor generations will lament and faint.”
===*===
Text: New American Standard Bible (NASB) and the King James Bible

A Prophecy by 90-Year Old Woman from Norway